The Eiroa the First 20 Years, launched in 2015, celebrates the career of Christian Eiroa in the cigar business so far. Eiroa was the creator of the Camacho brand, which he sold to Davidoff in 2008. After a four year hiatus, he returned to the industry with cigars made under his own name. 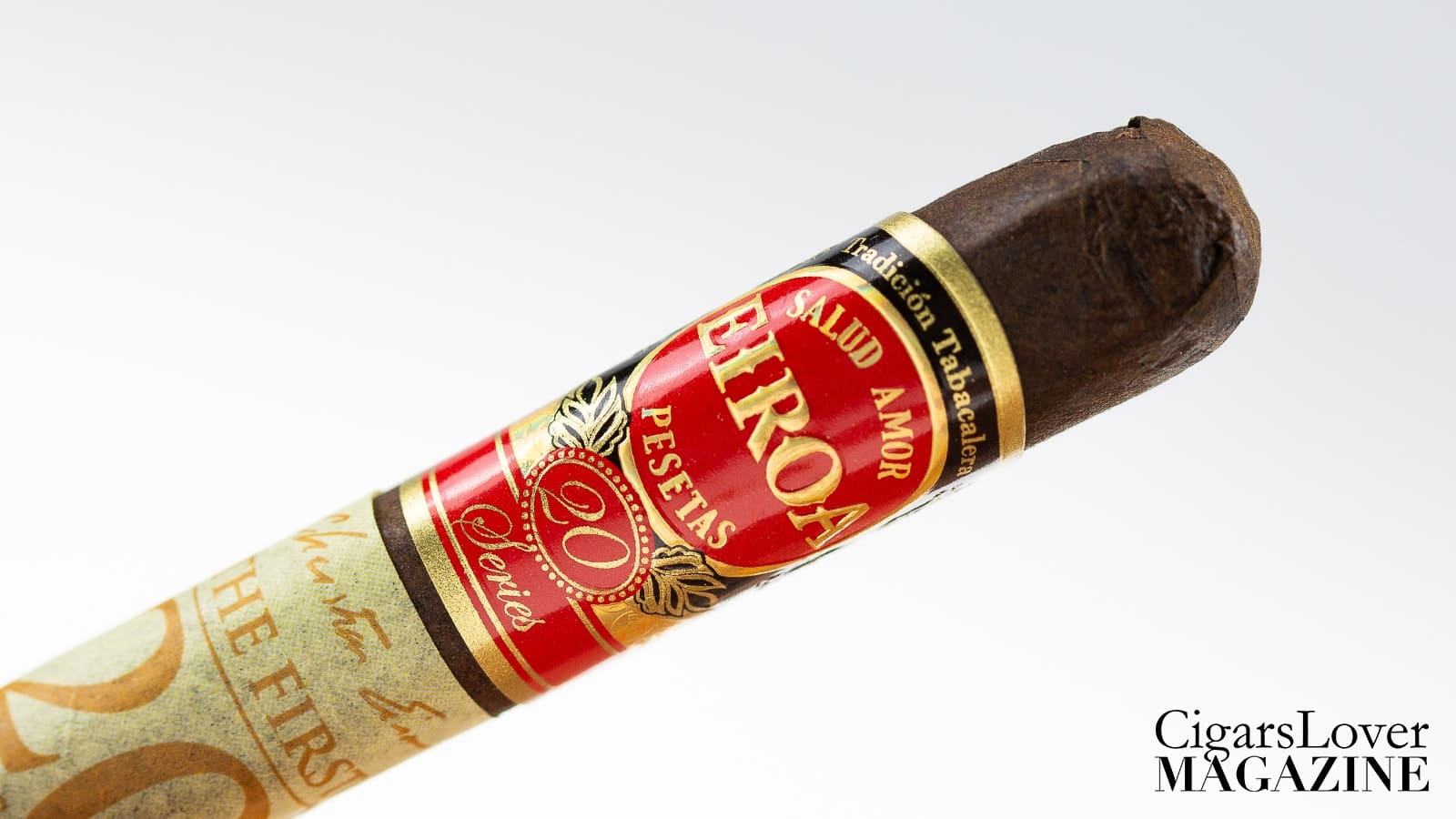 The presentation is quite unique, with halfof the cigar being covered in tissue paper that has the First 20 Years printed on it. Once removed, it reveals dark Maduro colored wrapper, that is rustic to the touch. The filling is uniform. 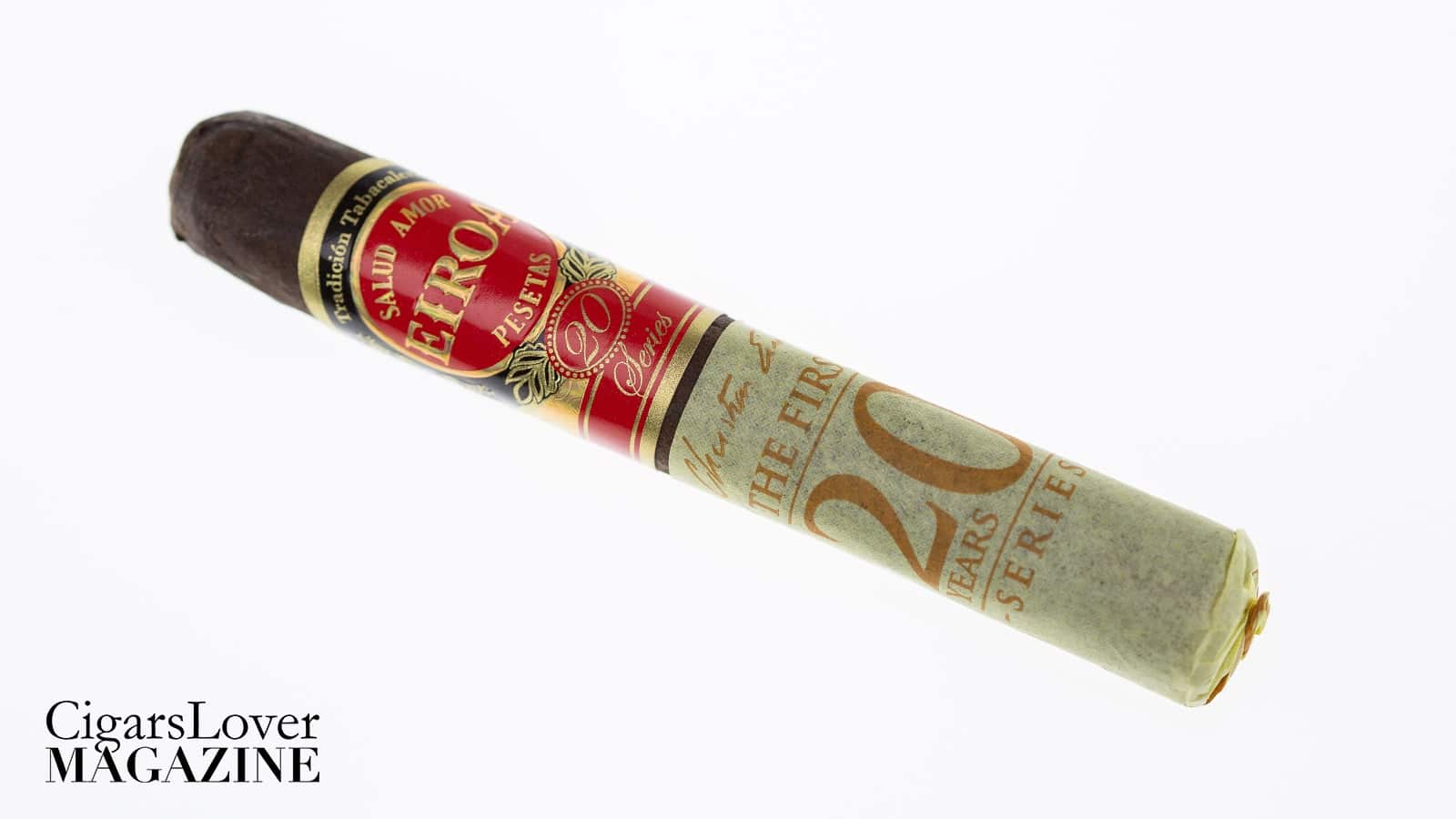 Eiroa The First 20 Years 4 x 40: the cold draw reveals sweet aromas of earth and spice. Once lit, the cigar opens with pronounce notes of coffee and spice. 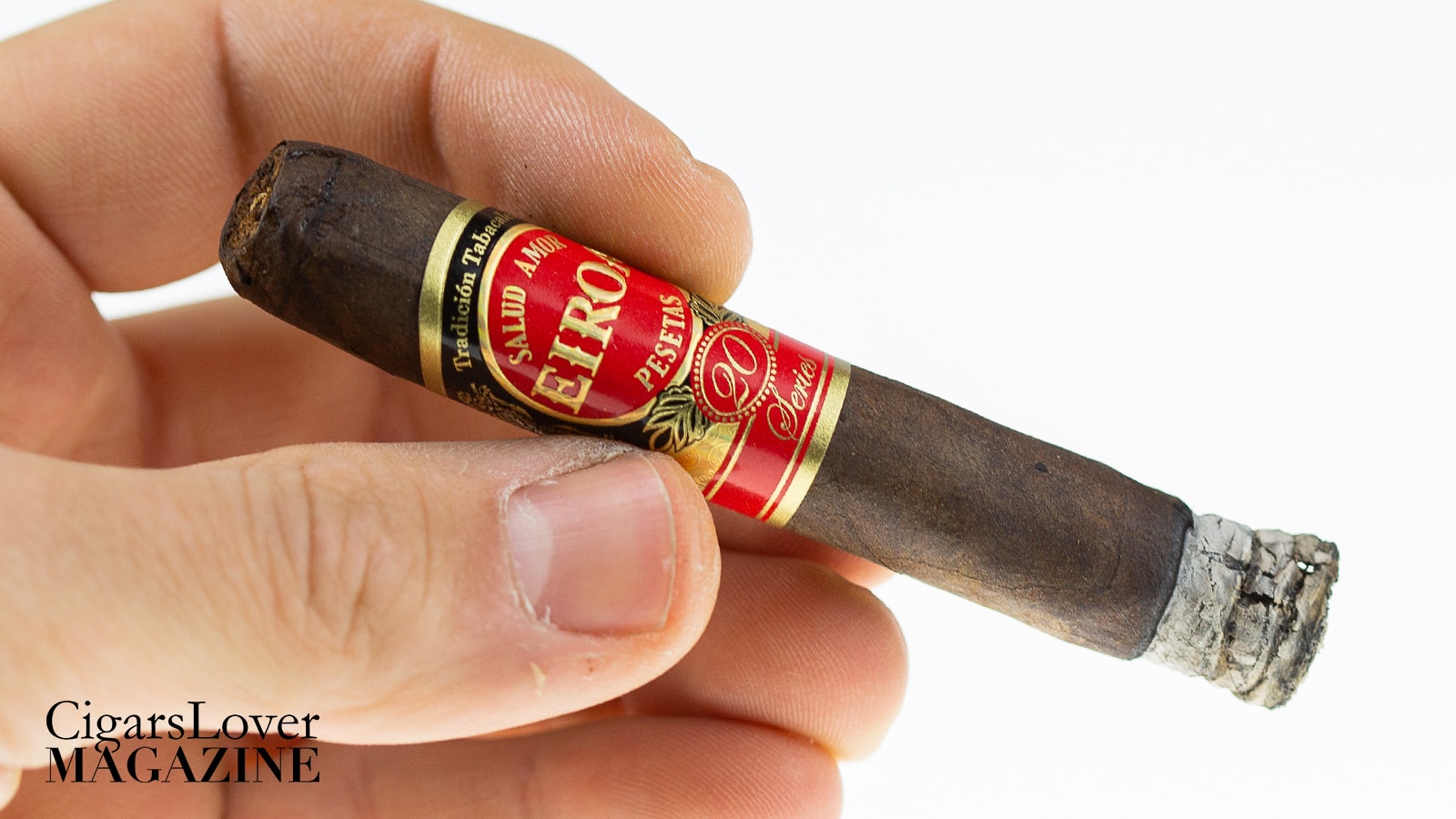 The first half of the smoke delivers a complex mix of coffee and cocoa, together with a rich mix of spices. Strenght is at a solid medium (3/5).

The second half of the smoke continues with coffee, pepper and earth. A sweet nutty component appears as well. Strength stays constant (3/5).

Overall, the Eiroa The First 20 Years 4 x 40 is a solid smoke. The flavor profile is quite complex for it being a rather quick smoke. Great for a short break.