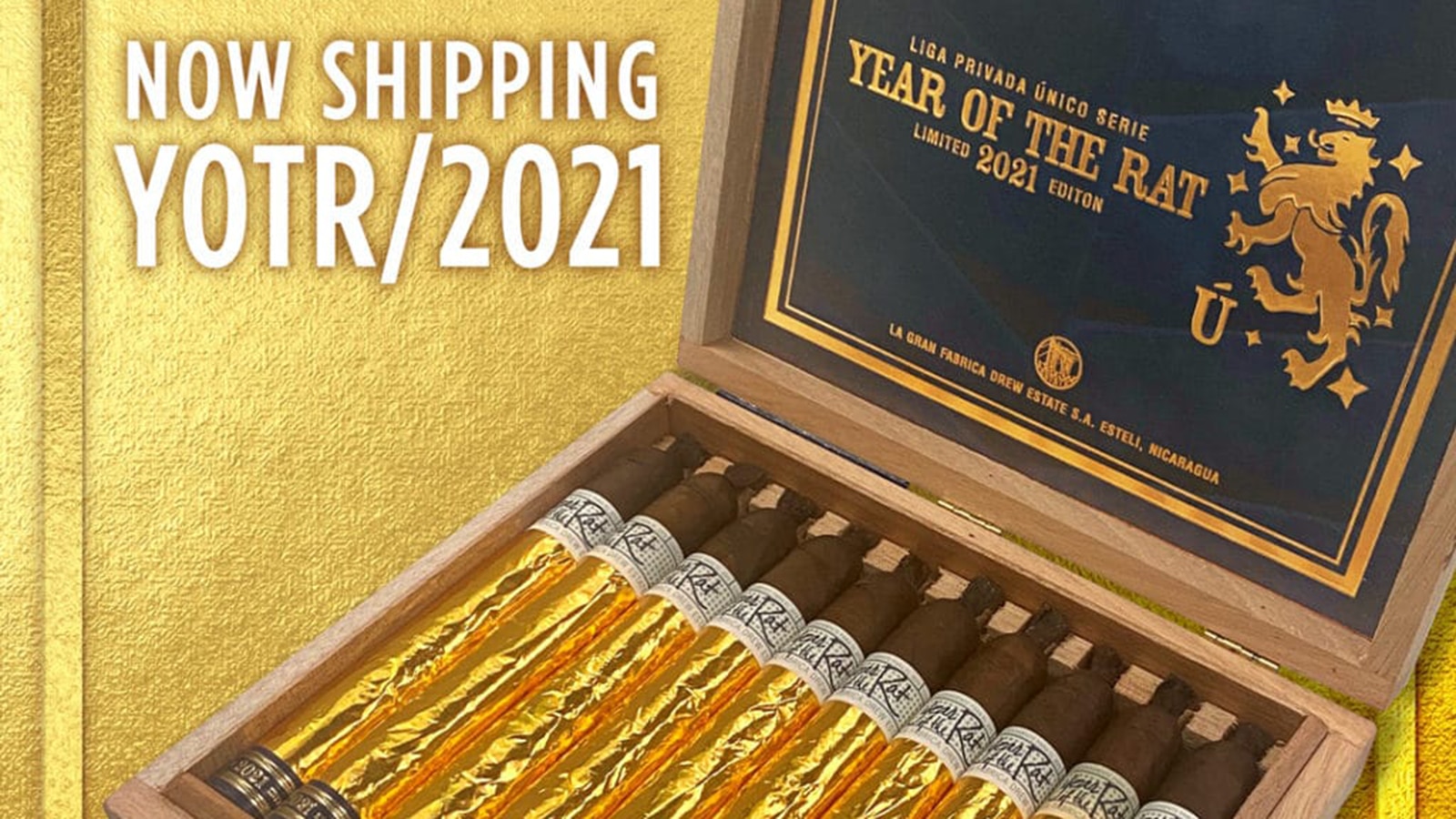 Drew Estate’s Liga Privada Unico Serie “Year of the Rat” will be available as a 2021 limited edition. This cigar originally debuted as an exclusive cigar only available at the Drew Estate Lounge inside the BB&T Center, home of the NHL Florida Panthers. The cigar celebrated the 20th anniversary of the hockey team’s only appearance in the Stanley Cup Finals. The Rat name is due to a locker room situation between a Panther’s player (Scott Mellanby) and a dirty rat. The rat received a slap shot to the wall, and Mellanby later scored two goals in the game. The term “Rat Trick” was born, and during later games, rubber rats were tossed onto the ice when Panther’s players would score a goal.

The 2021 Year of the Rat is in only the Corona Gorda vitola, measuring 46 ring gauge by 140mm (5.5″). The blend consists of a Connecticut Broadleaf wrapper, a Brazilian binder, and filler tobaccos from Nicaragua and Honduras. Cigars will have the Unico Serie’s iconic fantail head. The cigars are packaged in embossed, blue 10-count Liga Privada Unico Serie boxes. Every Rat cigar in the box is individually wrapped in gold foil. The Rat’s MSRP will be $16.40 per cigar or $164.00 per box before any taxes. The Year of the Rat will be exclusive to Drew Diplomat Program participants, beginning the first week of July 2021.