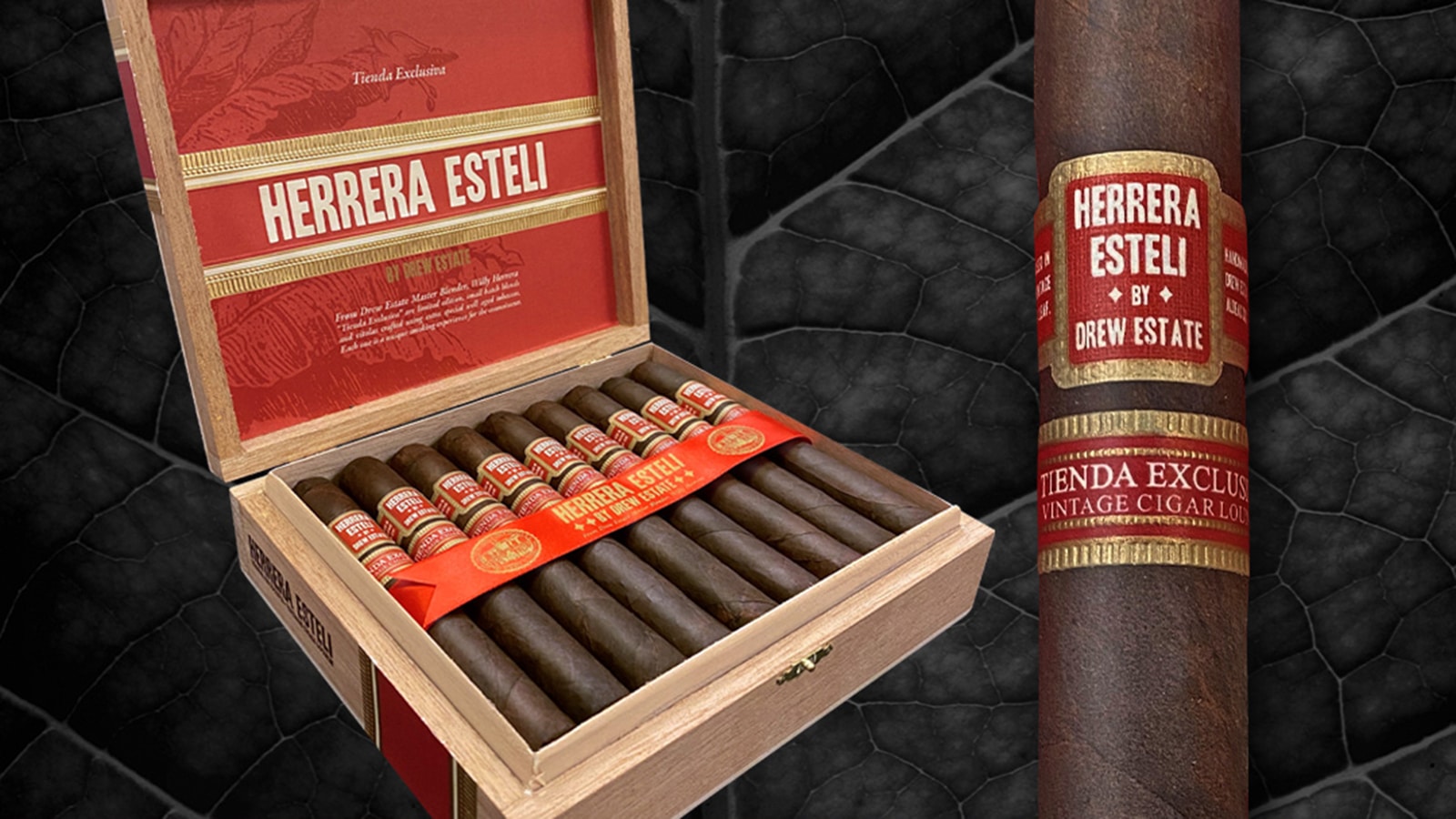 Drew Estate has announced that Vintage Cigar Lounges in Rhode Island will be getting Herrera Estelí Exclusiva. Both locations of Vintage Cigar lounges will be receiving the exclusive cigar. The cigars virtual release event will be held on April 16th and hosted by Drew Estate’s Master Blender Willy Herrera. From the official press release, Herrera said: “Vintage Cigar Lounge has been a huge supporter of Drew Estate and the Herrera Estelí brand, and I wanted to create a unique blend for them. The Indonesian binder allows the wrapper and filler tobaccos to shine. Rich but not overpowering, sweet, and complex, the Herrera Estelí Tienda Exclusiva for Vintage Cigar Lounge is a real flavor bomb.” In the same official press release Jonathan Drew, Drew Estate’s founder, and president added: “Herrera Estelí Tienda Exclusivas are created on a small-batch, specialty cigar platform, similar to the Subculture editions that Drew Estate is known for. This burner is straight fire, brilliantly crafted to melt all the snow in Rhode Island. Spring is here. Rejoice, ya’ll.”