The Diplomaticos No. 2 is the last remaining cigar of the Diplomaticos brand. In 1966, the brand included the same series of Montecristo numbers (from 1 to 5), even the numbers 6 and 7, which, however, presented in 1976 were discontinued in the early 80s. However, due to a rationalization of the sizes, in 2006, Habanos decided to stop production of the No. 1 and No. 3, which was then followed, in 2010, by a stop also for the No. 4 and No. 5.

The only survivor is this Diplomaticos No. 2, presented in dress boxes of 25 cigars. Availability is limited to only a few countries. 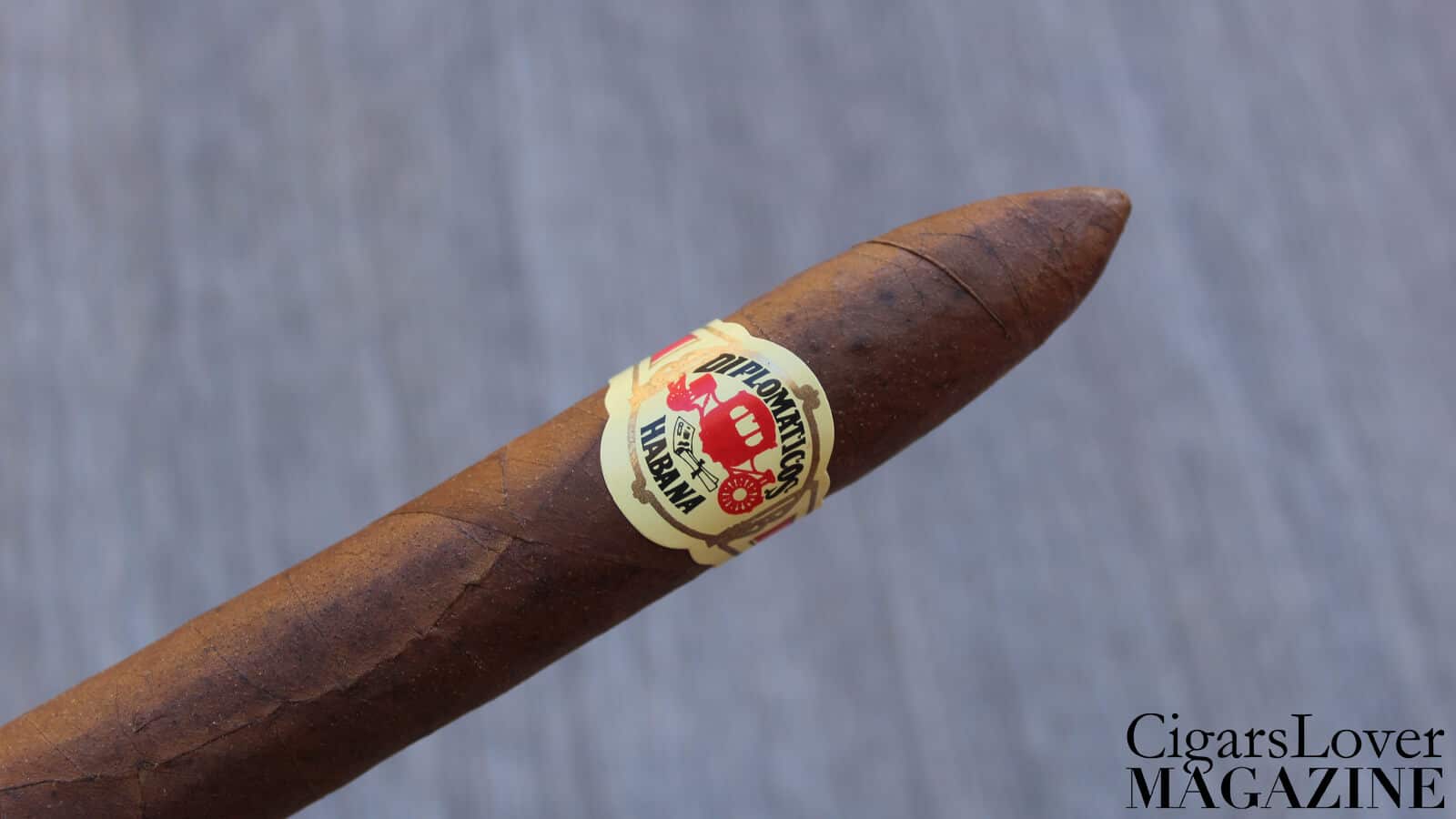 Usually, the cigar comes in a Colorado wrapper, but sometimes they can also be found in Colorado Maduro shades. To the touch, the leaf is quite smooth, with rather light veins. The filling is uniform, and the general workmanship is excellent. 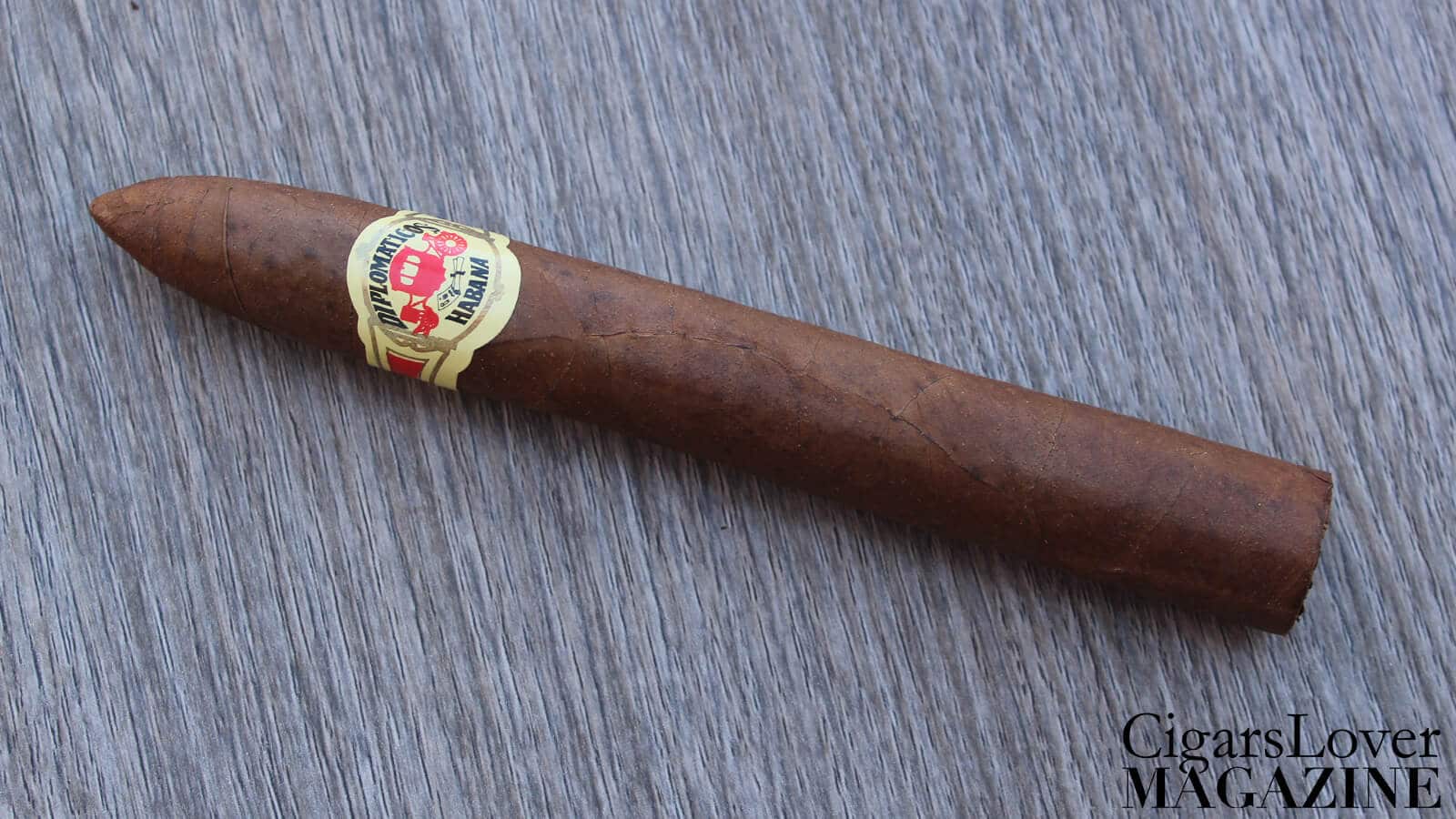 Diplomaticos No. 2: unlit, the cigar presents well-defined aromas of wood and spices, followed by earthy notes. 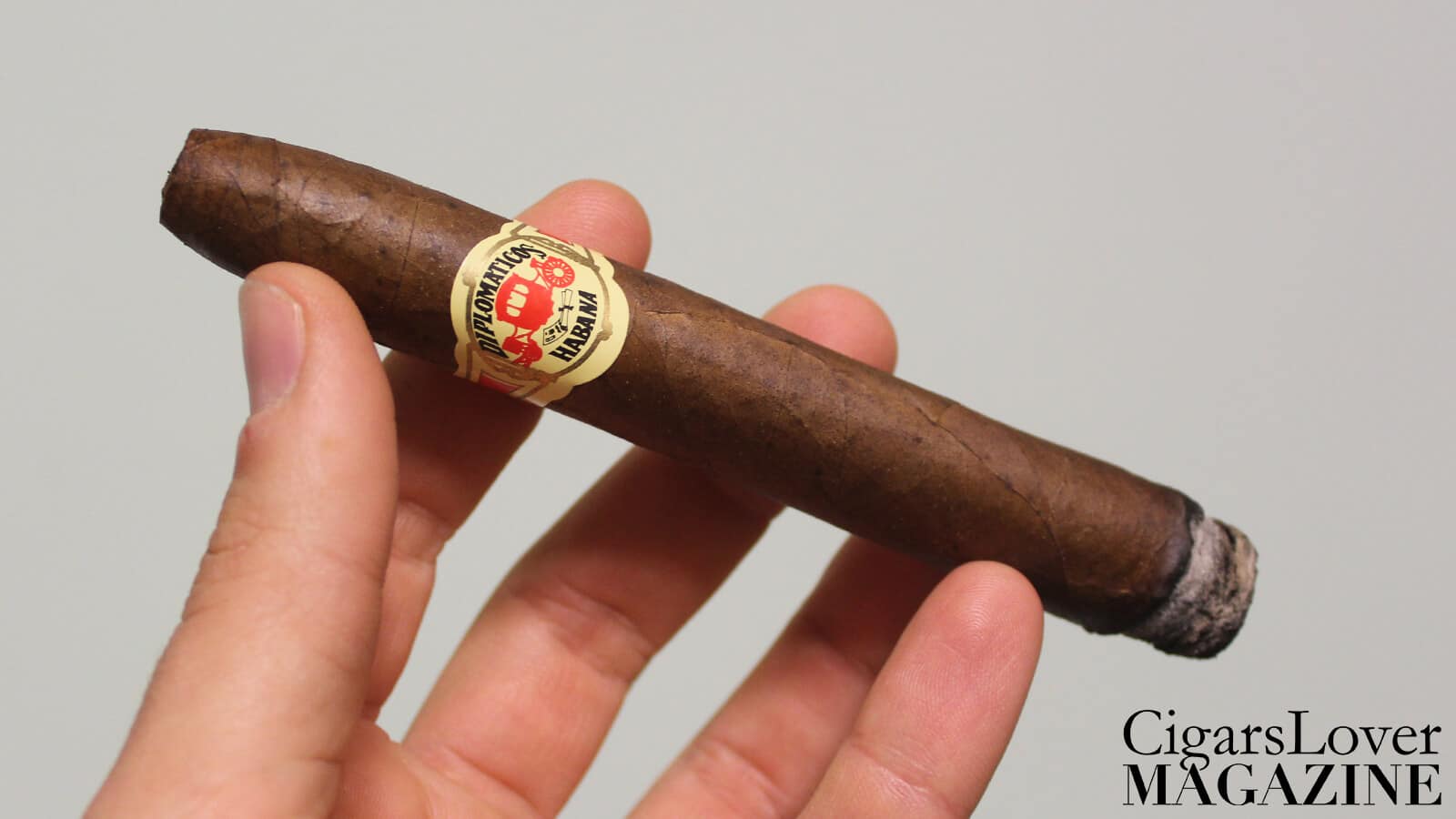 A delicate sapidity characterizes the opening, well balanced with an equal sweetness. The aromas that develop recall spicy tones, followed by nuances of wood and coffee. Strength is medium-light (2/5).

In the last third, the sweetness disappears while the sapidity becomes more marked. A sensation of astringency also emerges, which will continue for the entire remaining part of the smoke. Wood remains the main flavor, followed by a less evident note of nuts and an even more evanescent earthiness. Strength remains unchanged (3/5).

Ultimately, this Diplomaticos No. 2 develops a straightforward and direct smoke, without too many entwined flavors, but without losing elegance. The contained strength plays to the advantage of a clear perception of the aromas. A broader evolution and the absence of the astringency in the last third (which could be mitigated by a few months of rest in the humidor) would have made this Pyramid more intriguing.