The Davidoff Vault series was launched in late 2017. It was created to release unique and rare blends, as well as to release highly coveted cigars kept in corporate warehouses.

Specifically, Davidoff Madison 515 Toro was born in 2011 to commemorate the address change of the Davidoff store initially located at 535 Madison Avenue and later moved to 515 Madison Avenue in New York. 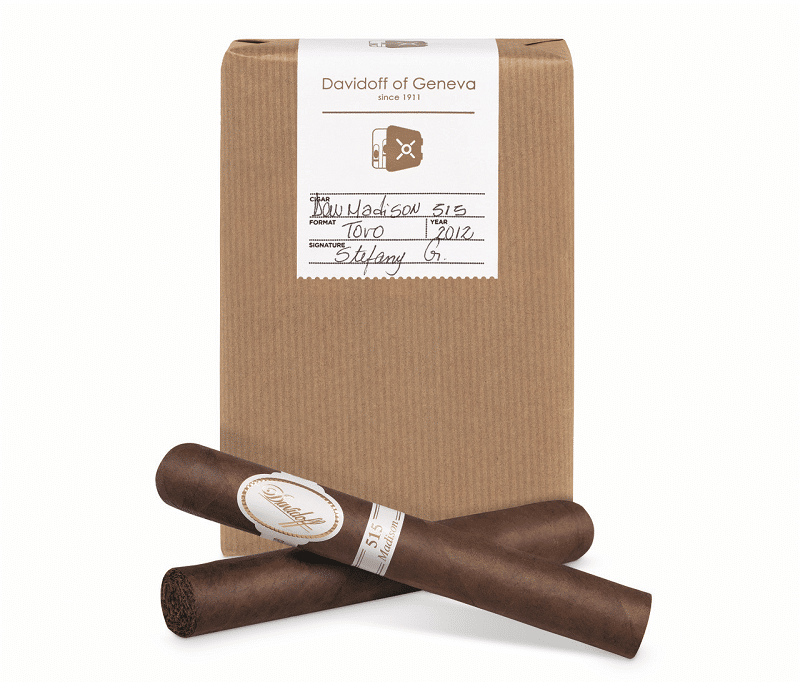 The new cigar of the Vault series is a Toro with the dimensions of 54 x 152 mm (6″). It is made up of a Yamasá wrapper from the Dominican Republic, Mexican San Andres binder, and Dominican fillers: Hybrid 254 Viso, Piloto Ligero, San Vicente Ligero, and San Vicente Mejorado Viso.

As usual with the Vault series, this release is reserved for Davidoff online stores and shops as well as a selected number of US retailers. Shipping will begin on August 6, 2020. The price is set at $ 350 per 10-count bundle.