The Crowned Heads Court Reserve XVIII Corona Gorda is produced in the Dominican Republic, born from the collaboration between Crowned Heads and E.P. Carrillo, which produces them in the Tabacalera La Alianza factory, in Santiago De Los Caballeros. The name was inspired by the “followers” loyal to this brand and who have supported it over the years. The Roman numeral XVIII, on the other hand, is a reminder of the year the line released, which has been in existence since 2018. There are three sizes of Court Reserve XVIII, which in addition to the Corona Gorda also includes a Robusto and a Toro, the latter baptized “Sublime”. All three sizes are sold in 20 count boxes. 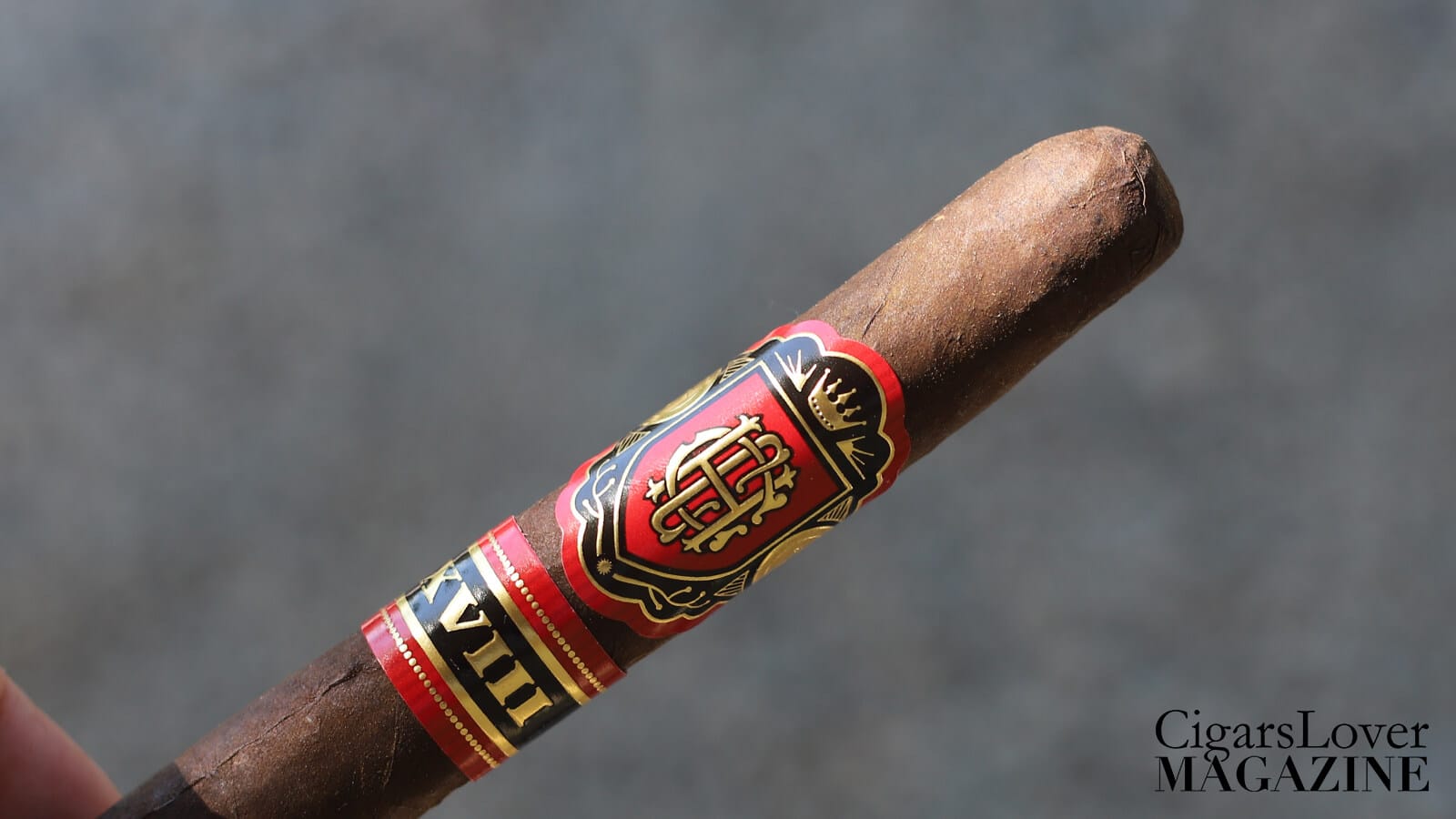 The cigars are rolled in a slightly rustic wrapper leaf, that has a Colorado Maduro shade. The construction is flawless and the filling is uniform. 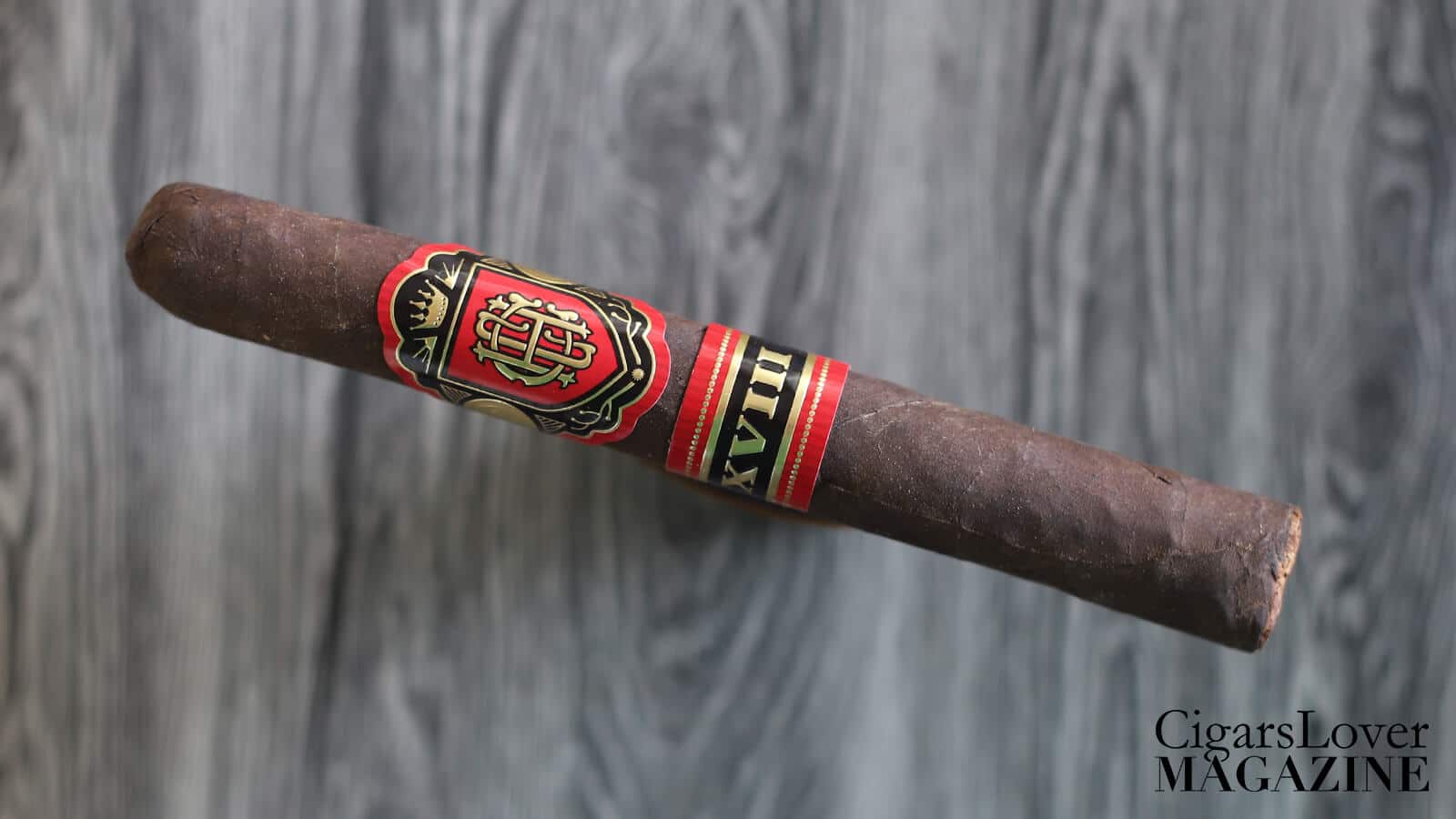 Crowned Heads Court Reserve XVIII Corona Gorda: peppery and hay notes are perceptible in the cold draw. The opening brings a spicy mix to the palate, where black pepper and hot spices stand out. 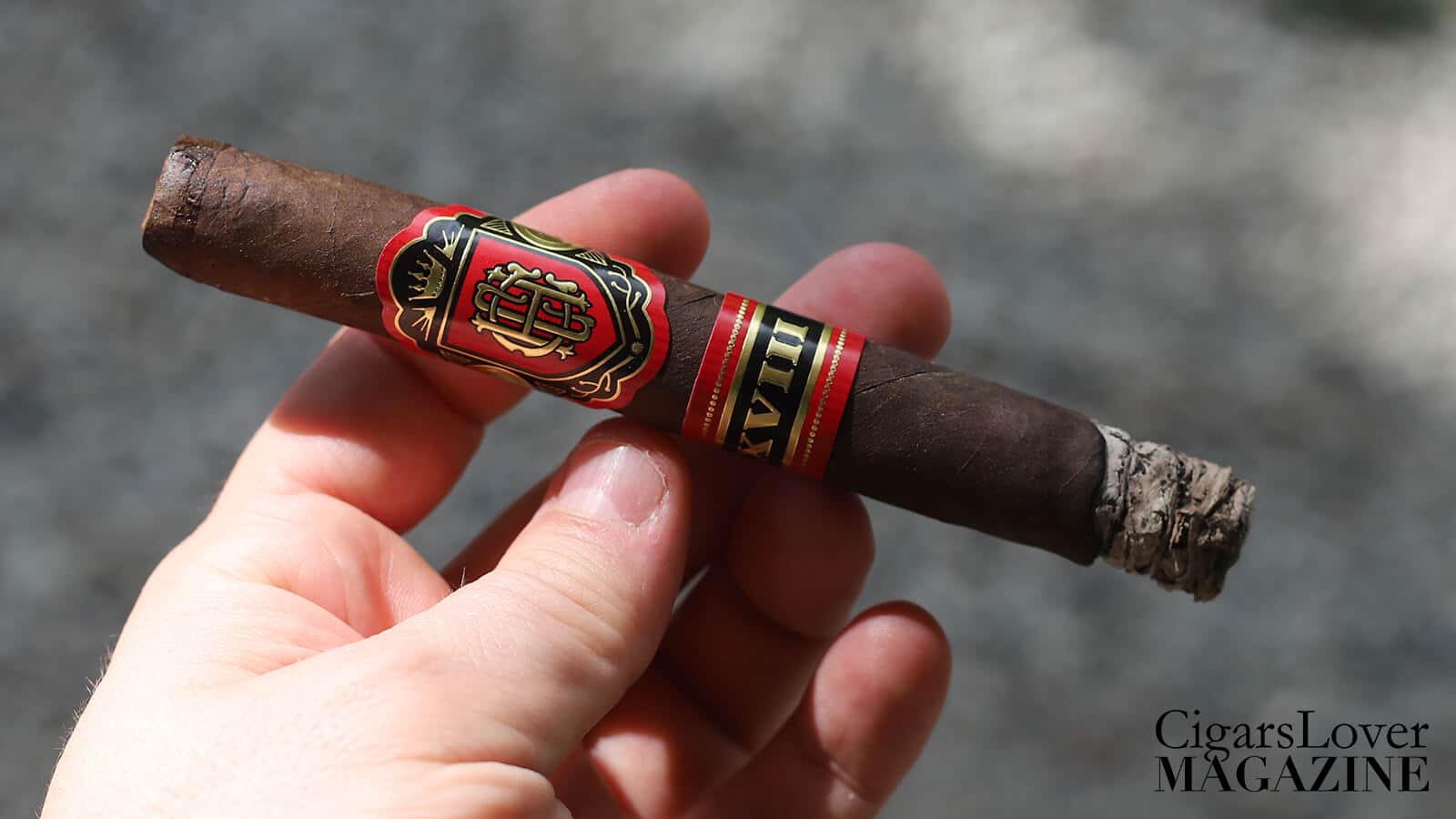 The first third releases notes of roasted coffee beans and earth, followed by a spicy vein of black pepper in the background. The smoke is slightly dry. Strength is slightly above medium bodied (3.5/5).

In the central section, the flavor profile becomes broader, with the addition of nuts, a mix of hazelnut and walnut. The spiciness remains present in the background and the cigar has an excellent finish. Strength remains constant (3.5/5).

In the last third, there are no perceptible variations, neither in terms of flavors, nor in strength, which remains constant until the end (3.5/5).

Overall, the Crowned Heads Court Reserve XVIII Corona Gorda releases a smoke with an excellent finish and good flavor intensity. The evolution is perceptible between the first two thirds, while from the middle of the cigar onwards, the flavor profile remains unchanged. A balanced Corona Gorda.