I once heard of a Cuban master torcedor, who was debunking some legends related to the world of cigars. With a big smile on his mouth he said: “regardless of what the cigar looks like, the color of the wrapper and the size if I make a small cigar only with ligero leaves, I could knock out any smoker”. 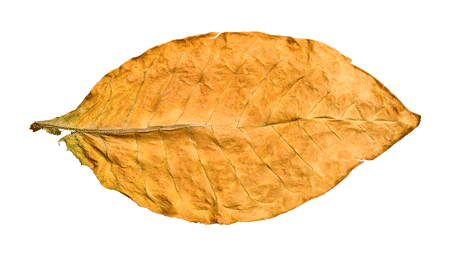 Very often I read and hear things about cigars that have no foundation. There are many rumors which, unfortunately, are being given as advice to those approaching the world of cigars. The problem is that often these rumors lead to the choice of cigars that do not reflect the smoke you would like to have. It goes without saying, that this can lead to discontent with those who smoke a cigar for the first time, or worse, can discourage a novice smoker from appreciating the pleasure that a cigar is capable of generating.

Here are some of the most common myths.

THE BIGGER THE CIGAR, THE STRONGER IT IS
This is one of the most common misconceptions. It is absolutely not true. The strength of the cigar is in fact given by the types of leaves that are used.

Besides not being true, this statement is usually opposite to the truth. Cigars of considerable size, like the Doble Coronas or Churchills, are usually not that strong, at least not in the first half. This is because cigars last a while and if they started full, they would generate a smoke that would literally burn the smoker’s palate! The longer the cigar’s length, the more evolution should be expected in the aromas.

Many often recommend small cigars to novice smokers, such as Shorts or Petit Robusto, … Usually these cigars deliver a stronger smoke compared to the longer ones, due to the fact that they have been created to offer a quick but satisfying smoke. Being so small, there is not much time for the evolution, and the blend delivers all the flavors in a short amount of time and the same goes for the strength, they don’t last enough to make a considerable change in profile possible.

THE DARKER THE WRAPPER IS, THE STRONGER IT IS
The color of the wrapper is often associated with the strength of the cigar. There is no such correlation. As mentioned above, the strength depends on the types of leaves used in the blend.

Some may be wondering: but what about the use of Maduro wrappers in the Cuban Limited Editions? And in Cohiba’s Maduro 5 line? Do these wrappers bring nothing to the smoke? The answer is: yes, they do, but in terms of flavors that are developed, not in terms of strength.

LARGE CIGARS CAN GO OUT OFTEN AND NEED TO BE RELIT MORE TIMES
The cigar is not meant to go out and be relit again and again. There are many different sizes on the market, and these allow the smoker to choose the size of the cigar based on the time he or she has available for smoking.

During the smoke, due to the combustion of the tobacco leaves, particles resulting from the combustion are created. These particles, when the cigar goes out and cools down, are deposited on the tobacco inside the cigar (because the smoke flows throughout the cigar before reaching your mouth). At the moment of relighting, these particles will turn the flavors developed by the cigar unpleasant and tannic. This process takes about 30 minutes to happen, after which relighting the cigar is not recommended.