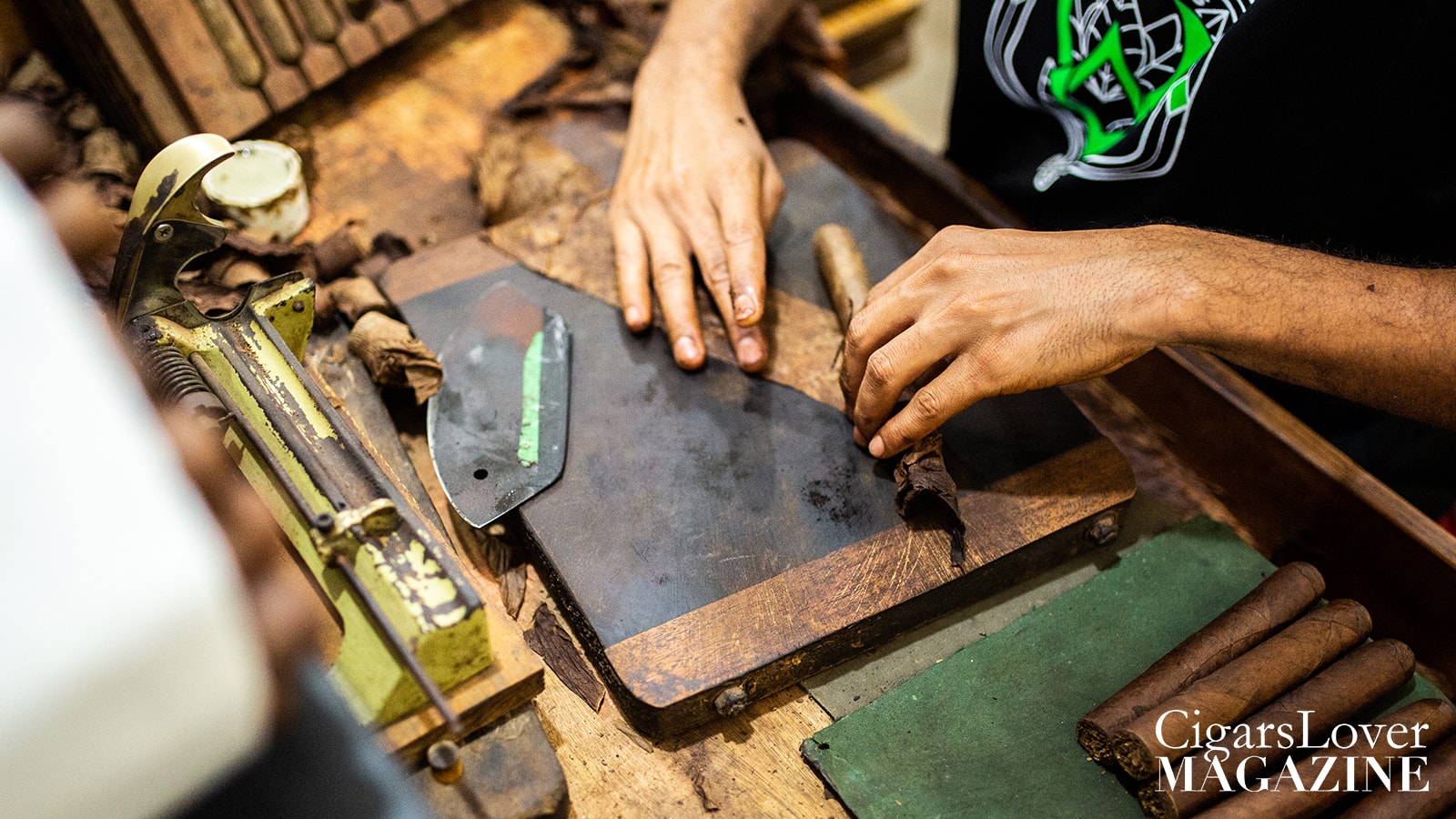 A cigar is mainly composed of three parts:

Inside the cigar, there are three other parts, which have mechanical and partly aesthetic functionalities:

The filler, which is composed of several leaves, is made by the torcedor according to a precise positioning. In fact, the leaves must be placed so that the cigar has an excellent draw (for this reason they are folded like an accordion or rolled up on themselves), but also the leaves that burn slower must be carefully placed (the ligero, the highest leaves, in the tobacco plant) in the center of the cigar. If this aspect is not taken done carefully, problems will occur and you will be faced with burn and combustion issues (listed here).