“Tres Delincuentes is a new face of the Cavalier Genève Cigars world for people to discover. Some time ago, Brian, Eylin, and I were in the car on our way back to our factory after a morning in the tobacco fields of Jamastran in Honduras, discussing the future. At that moment, a song was playing on the car radio from which two words jumped to all our ears. ‘Tres Delincuentes.’ The three of us immediately looked at each other and had that feeling of ‘this is it.’ After a good laugh, we got back to the factory and immediately started plotting Tres Delincuentes together. It had to be a take on us three as individuals, representing what Cavalier can be, influenced by art and music,” said Sébastien Decoppet, founder of Cavalier Cigars.

This new brand in the Cavalier portfolio showcases another face of the company. Bold visuals, flavorful cigars, and a reflection of what cigar culture can also mean to the Cavalier team when parting from classic. 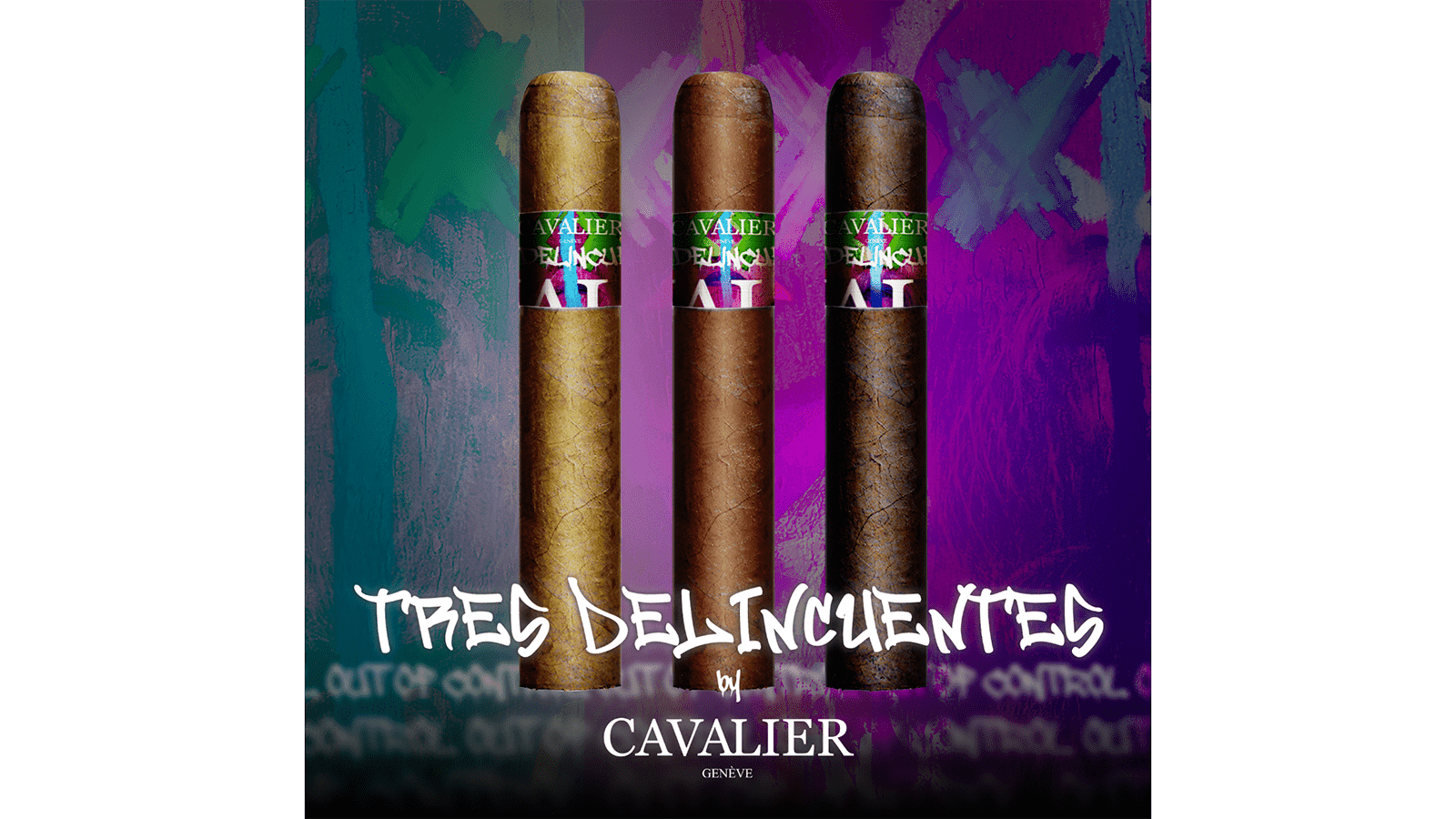 The three different blends come in the same three sizes: Gordo 60 x 152mm (6″), Robusto 50 127mm 5″), and Toro 54 x 152mm (6″). Each blend is based around an iconic wrapper/shade: Connecticut, Habano, and Maduro. The boxes are colorful and bold, and each blend, with its specific wrapper, showcases the faces of either Brian Motola (Connecticut), Eylin Decoppet (Habano), or Sébastien Decoppet (Maduro).

All cigars, across the three versions of the Tres Delincuentes, are sold in 24-count boxes, and the retail price is the same for each respective size: $7.90 for the Gordo, $6.95 for the Robusto, and $7.60 for the Toro.

All cigars are produced at Cavalier Genève CigCigars’n factory, FCT (Fabrica Centroamericana de Tabaco SA) in Danlí, Honduras. Cavalier has announced that the cigars will start shipping immediately after TPE.