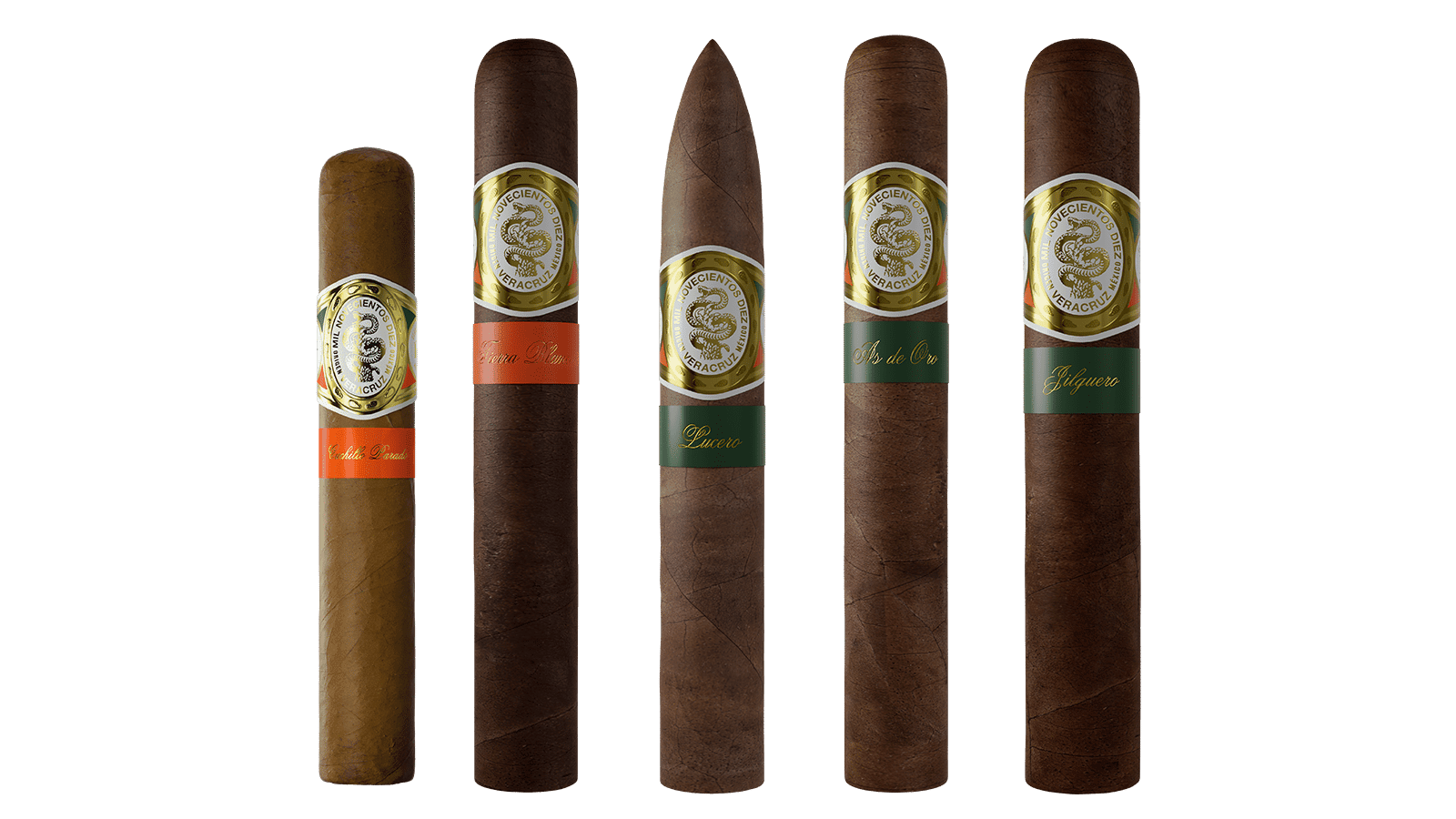 The new size of the Revolutionary Edition is called Tierra Blanca and comes in a 54 x 152mm (6″) Toro size. The name comes from an important battle of the Mexican Revolution. While the new size is still a Mexican puro, the wrapper for the Tierra Blanca was swapped from the three-year-old Mexican Sumatra to a five-year-old San Andrés Negro wrapper. The cigar will retail for $16.49 and is packaged in ten-count boxes.

Cavalry Edition is inspired by the horses and their riders who fought in the Mexican Revolution, and the sizes are named after famous horses. The Cavalry Edition comes in three sizes: As de Oro (Toro size measuring 54 x 152mm – 6″), Jilguero (Gordo size measuring 60 x 152mm – 6″), and Lucero (Torpedo size measuring 54 x 152mm – 6″). As de Oro and Lucero share the same blend, an Ecuadorian Habano wrapper over Mexican binder and Nicaraguan fillers. The Jilguero, instead, uses a Mexican San Andrés Maduro wrapper over a Nicaraguan binder and filler. The prices range from $16.89 to $17.89, and the cigars are all packaged in ten-count boxes.

Compared to the Revolutionary Edition, which is made in Mexico, the Cavalry Edition is made in Nicaragua. The cigars should arrive in stores during mid-August.