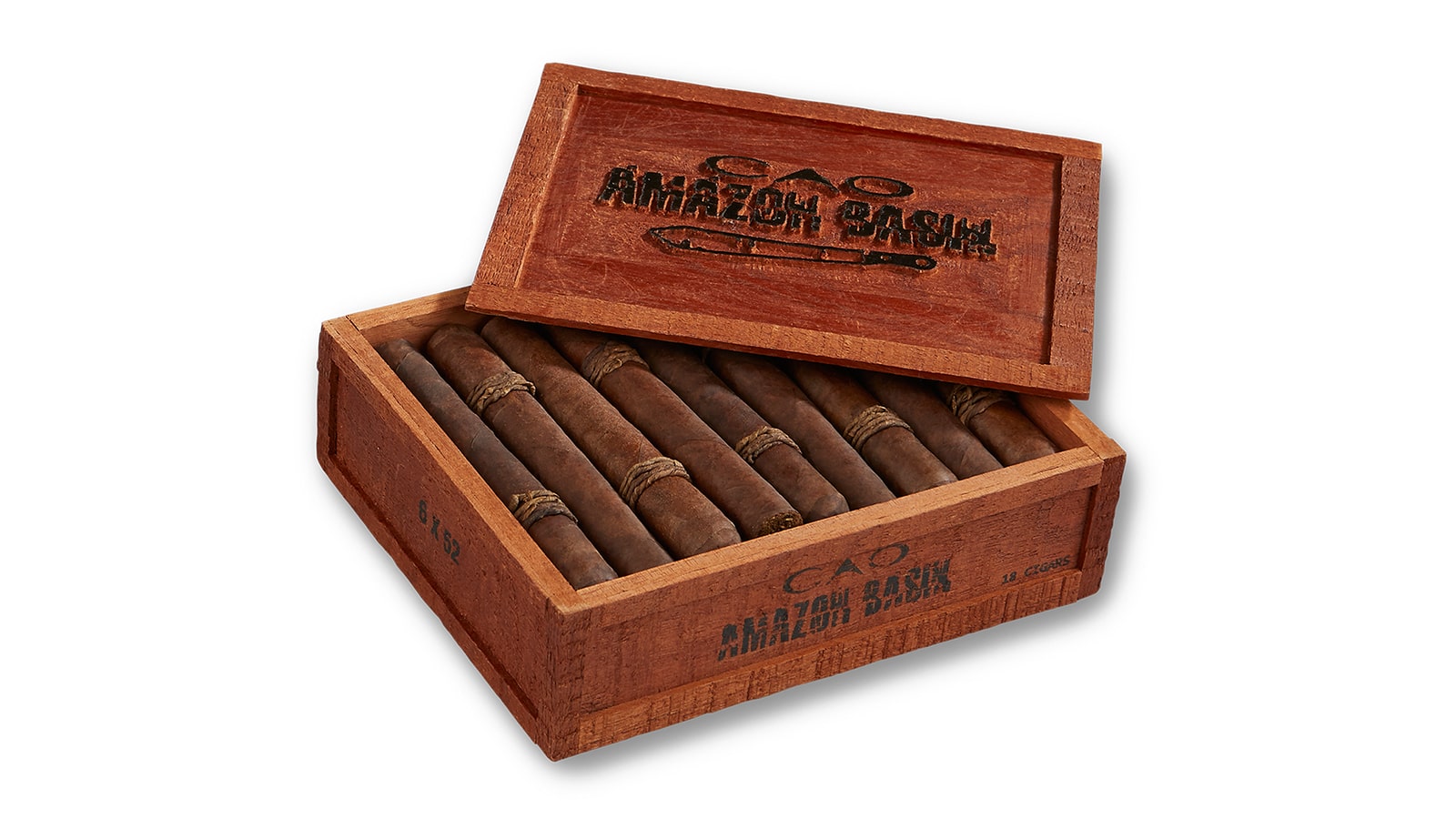 One of CAO Cigars’ highly acclaimed releases, the Amazon Basin, is set to return yet again. Since its first release in 2014, it has been the third time for this cigar to be produced.

The uniqueness of this blend is the so-called Bragança tobacco grown in the Amazon rainforest in Brazil. This particular tobacco is grown on unspoiled soil and harvested only once every three years. The cultivation of this tobacco is quite laborious: once the tobacco is harvested, it is rolled into tubes and fermented for six months. Afterward, it is transported out of the rainforest by boat. Since the seedlings are planted almost one meter apart, it yields less than half of regular cultivated cigar tobacco.

The blend comprises an Ecuadorian Sumatra wrapper over a Nicaraguan binder, and Colombian and Dominican filler tobacco join the Bragança leaf in the filler. The Amazon Basin will return in the 52 x 152mm (6″) size it initially released in. Production is limited to 6,000 18-count boxes made at the STG Esteli factory in Nicaragua. The retail price per single cigar is $12.99.