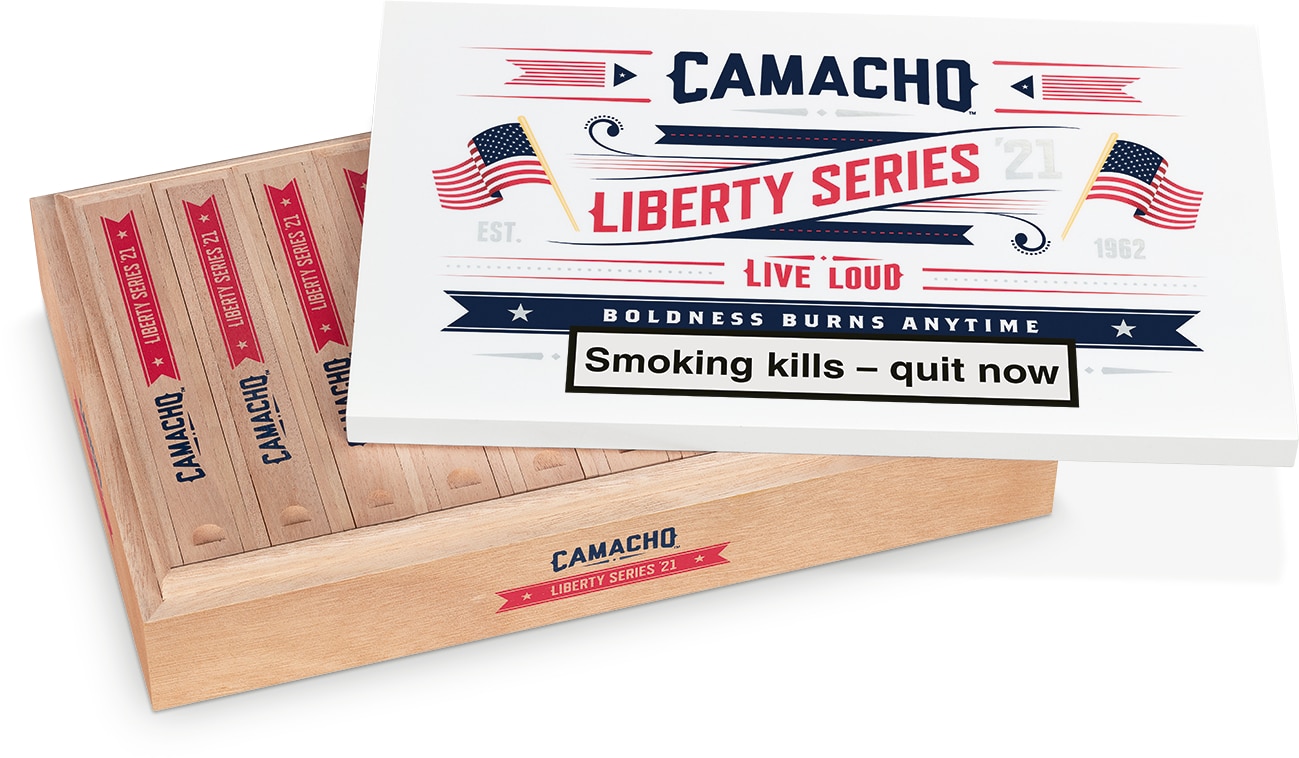 Oettinger Davidoff AG has announced the release of the Camacho Liberty Series 2021 cigar. This will be the 19th year of the Camacho Liberty Series. The Liberty series was originally launched to celebrate and honor the birth and history of the United States of America. The packaging for the Liberty celebrates the contrast of vintage and modern Americana. The outer display box lid is all decked out in the American colors of Red, White, and blue. The American Flag is proudly displayed on both sides of the lid. Inside the cigar coffins also having all the lettering in Red in Blue. A very patriotic cigar to bring to your 4th of July celebration.

From the official press release, Edward Simon, CMO of Oettinger Davidoff AG, says: “Creating a cigar inspired by the most prized of American ideals as a companion to our nation’s Anniversary demands the greatest of respect and attention.  While the Camacho smoker is as varied as the tobaccos, we’ve used from Honduras, Nicaragua, Ecuador, and the Dominican Republic, they are united in appreciation for our liberty and the sacrifices that make it possible. This complex and bold blend delivers evolving flavors yet consistent enjoyment.  We are proud of this 19th installment of the Camacho Liberty Series and are honored to have the opportunity to create a blend that represents the Americana characteristics and ideals.”

The 2021 Camacho Liberty Series release will be a 48 x 178mm (7″) Churchill cigar. The cigar uses an Ecuadorian wrapper, binder from Nicaragua, and filler tobaccos from the Dominican Republic & Honduras. Cigars will come in a 20-count box. Each cigar is individual packaged in a wooden dress coffin. The 19th installment of the Liberty will be limited to a total production of 2,550 boxes worldwide. The Liberty will be available in July 2021, but the date may vary depending on the country.