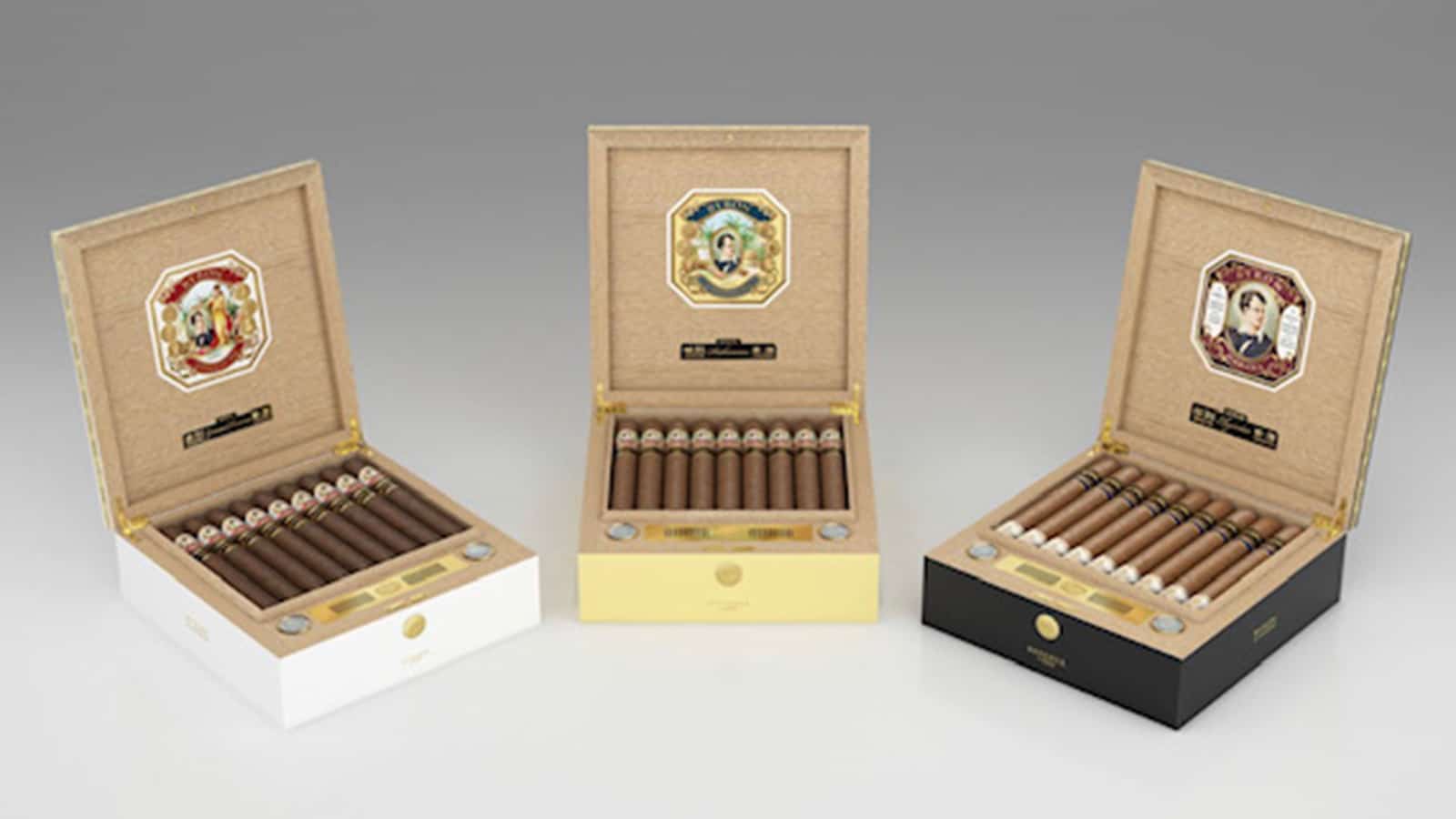 United Cigar Group and Selected Tobacco have announced that the Byron limited edition humidors will be shipping to retailers. Nelson Alfonso of Selected Tobacco has released blends with 5 years of post-roll tobacco for this year’s release. The three editions of Byron humidors are limited to just one size cigar in each blend. The Byron cigar line has a century interpretation incorporated in the name. This year’s cigars are Byron 19th Century Grand Poemas, Byron 20th Century Habanero, and the Byron 21st Century Elegantes.

This year’s humidor edition is limited to 200 humidors of each cigar. Humidors are lacquered, French White Oak lined humidors with embossed hinges, temperature gauge, hygrometer, and push-button closure. The three humidor selection cigars are only available once a year in the numbered humidors. “The bar is raised every time Nelson Alfonso takes a concept to reality,” said Oliver Nivaud, Director of Operation for United Cigars, in the official press release. Nivaud also said in the release: “The only flaw may be that we are limited to 200 humidors.”

The Byron humidor cigars information is as follows:

Byron Humidors come filled with 25 aged cigars. Humidor will have an MSRP of $850, or $34 per cigar (pre taxes). There will be a limited amount of only 5,000 cigars rolled for each century cigar. Byron Limited Edition Humidors are shipping to United Cigar Retails starting the last week of May 2021.