Bushmills Steamship Collection N.3 Charred Bourbon Cask is the third release from the series inspired by the steamship SS Bushmills, which was tasked with transporting bottles of the eponymous brand to the United States in 1890. The whisky, distilled three times as in the Irish tradition, has been aged in American white oak barrels from Louisville, Kentucky, which previously contained bourbon, re-toasted specifically for this use. The format chosen is 1 l bottle. 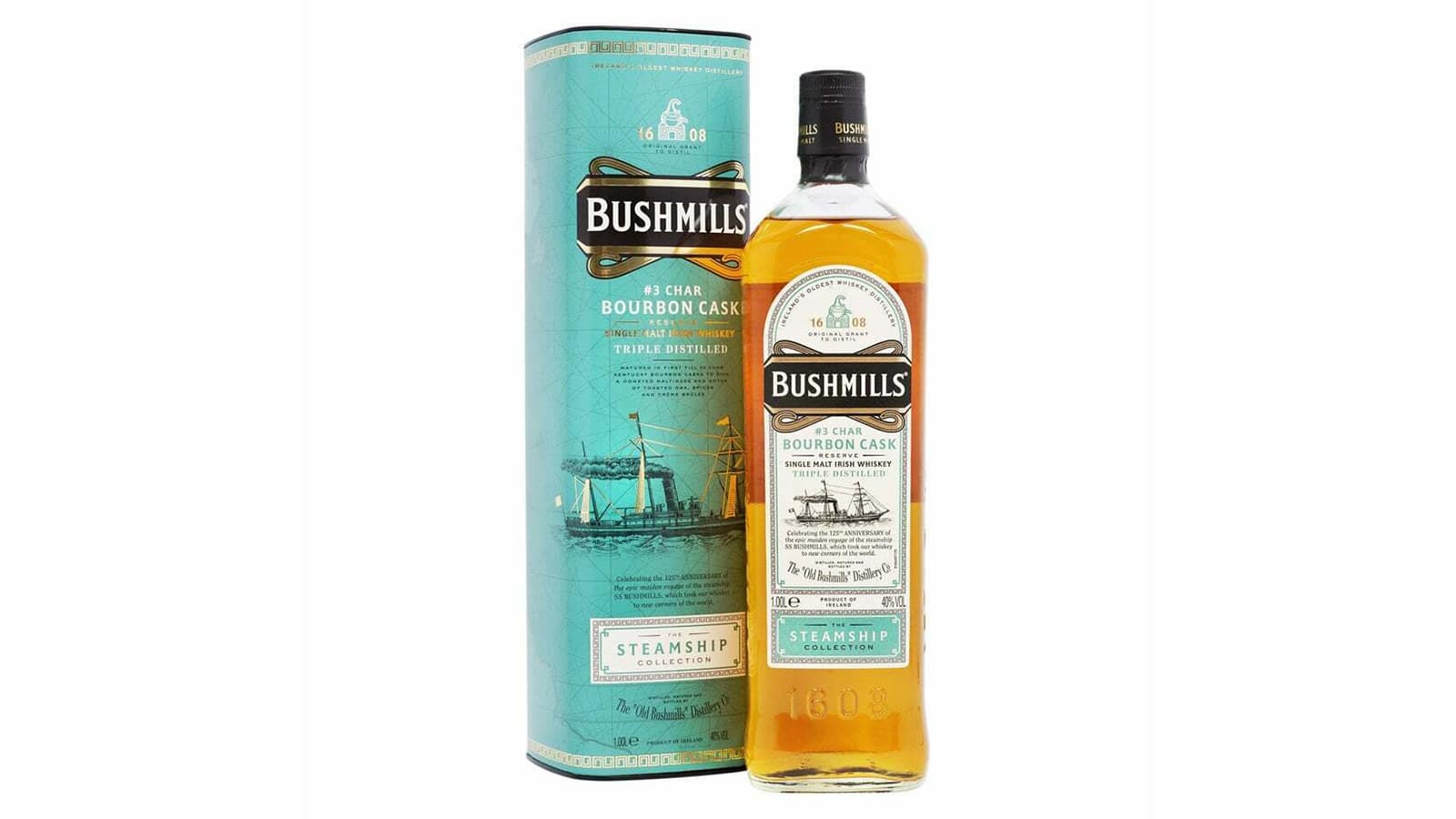 Vanilla and peach, with a slight component of honey. The custard returns with a touch of lemon and light spices. After the first impression, it turns out to be less sweet than expected, with hints of the burnt part of a Crème Brulee.

Short and slightly drier than on the nose and palate. Still vanilla and Creme Brulee crust, almost chocolate.

Bushmills Steamship Collection N.3 Charred Bourbon Cask is a simple and not very complex spirit, yet sincere and fragrant. The flavor intensity is not very high, but the profile is consistent with the Irish tradition of triple distillation, to which it adds rather active barrels, which give fairly present and pleasant fragrances. A good entry-level to start exploring the whiskeys of the emerald island.