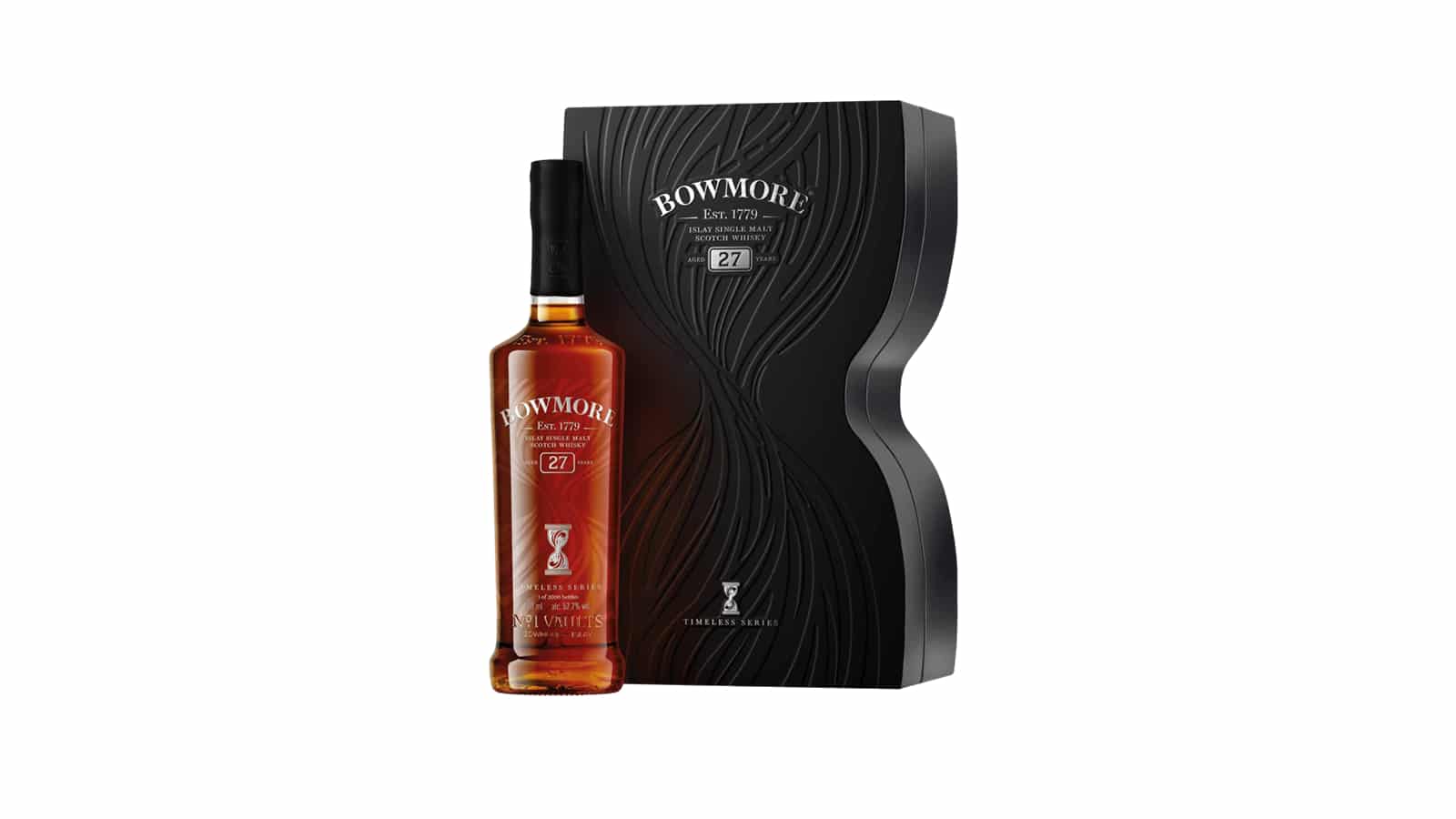 Islay single malt brand Bowmore announced the launch of a new limited-edition series called Timeless. With the new series, there will be two new additions to its older range of single malts. The Timeless Series from Bowmore features a 27-year-old and a 31-year-old version. To celebrate this series’s launch, the brand has teamed up with French filmmaker and artist Thomas Vanz. Vanz produced a short film that celebrates the unveiling of Timeless. You can watch the film here https://bowmore-experience.com/.

For its 27 Year single malt bottling, the whisky first matured in sherry and ex-bourbon casks for 15 years. Then the whisky had a second aging being transferred to first-fill oloroso sherry butts for 12 more years. It is bottled at cask strength of 105.4 Proof (52.7% ABV). Bowmore is only releasing 3,000 bottles in total. There will be worldwide retail distribution, and each bottle has an MSRP of $1,525 per bottle. 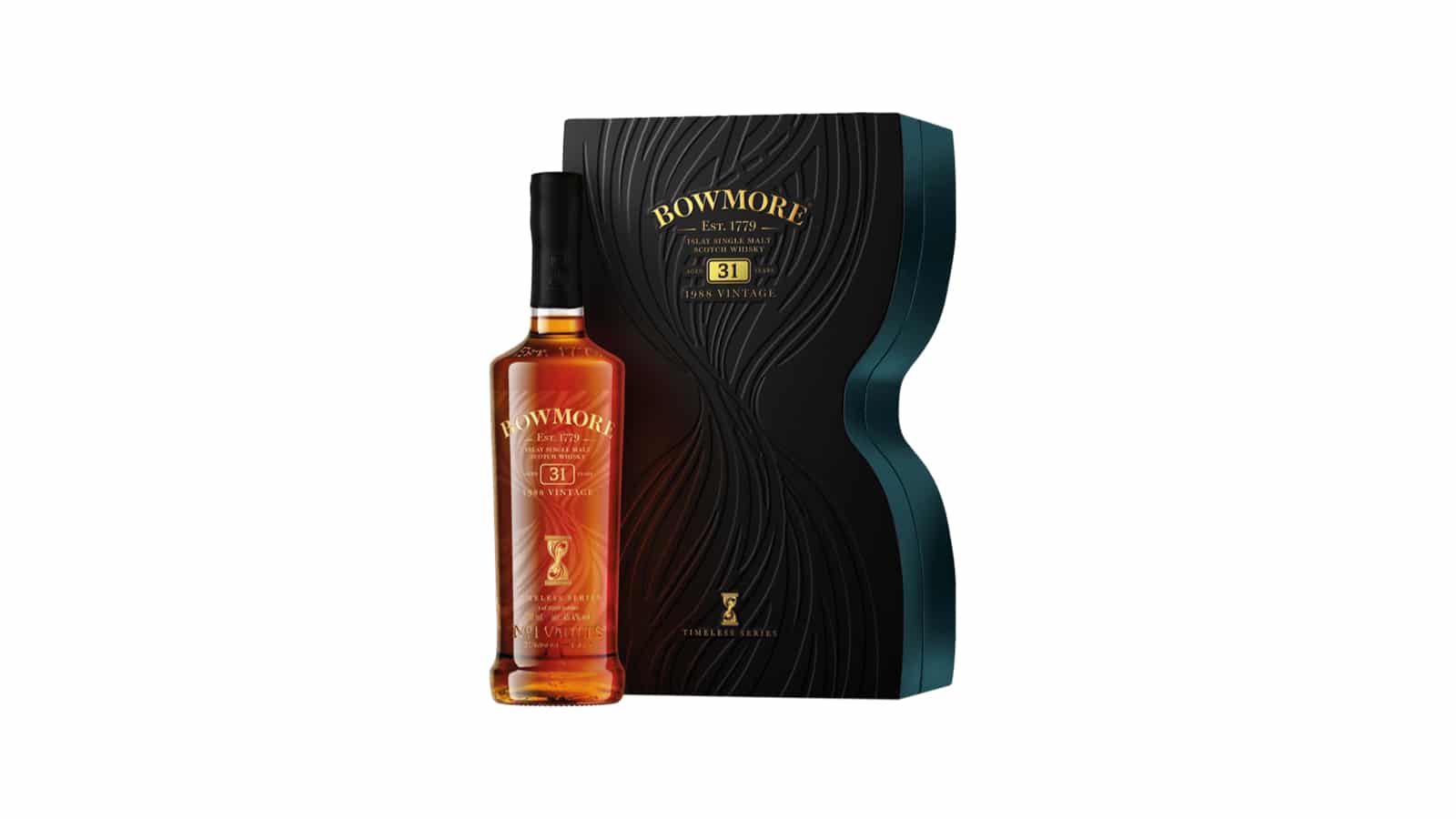 The Timeless 31 Year single malt bottling was matured in ex-bourbon casks for 29 years. Then the whisky was finished off in Spanish oak Matusalem sherry butts, maturing for 2 more years. It is bottled at 90.8 Proof (45.4% ABV). Bowmore again is only releasing just 3000 bottles. The 31 Year will only be available for purchase at global travel retail outlets and has an MSRP of $2,100 per bottle.

Both versions of Bowmore’s Timeless Series will be available in March 2021.