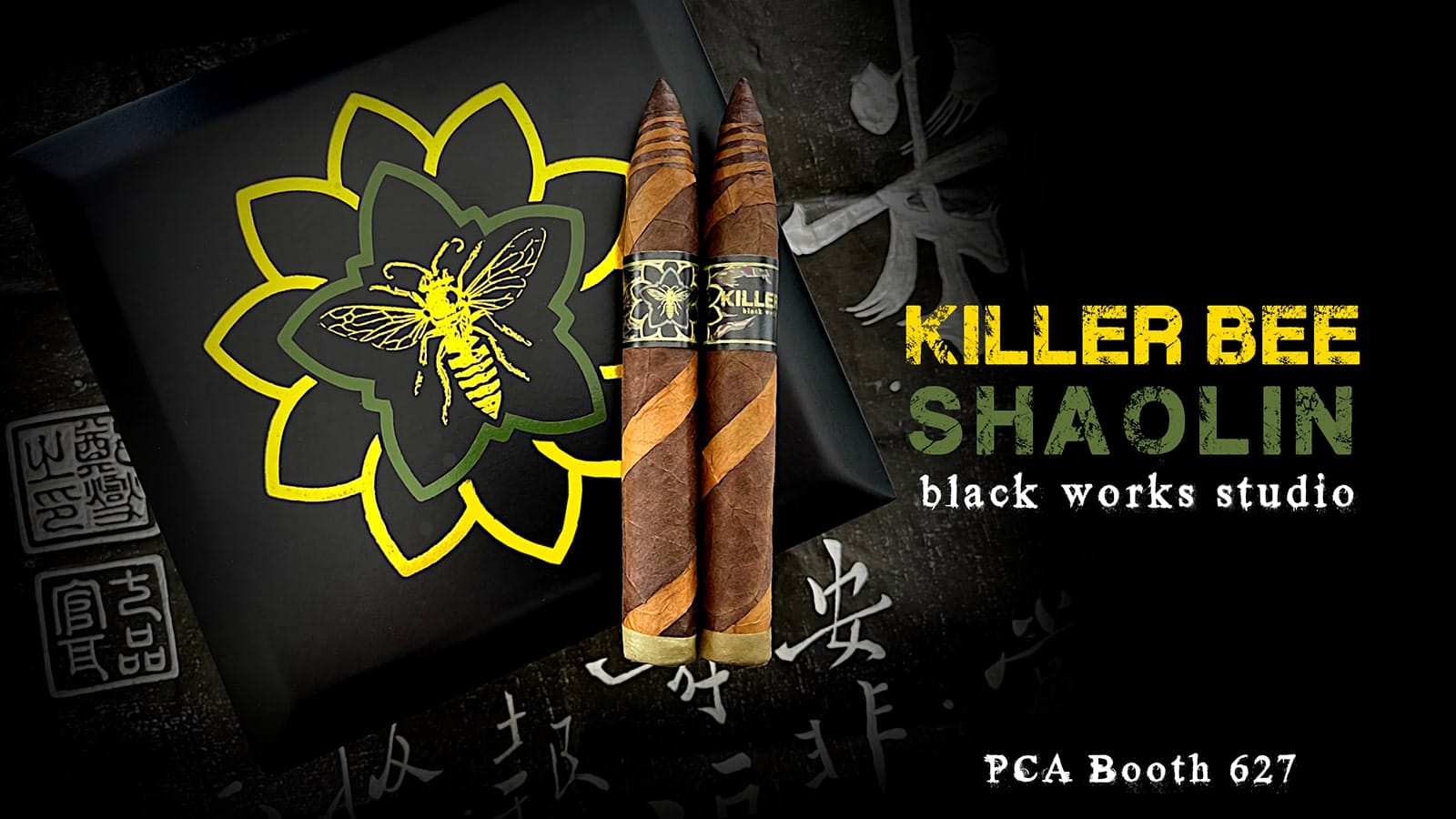 “The Killer Bee line is in a constant state of evolution. It lends itself to a lot of different variations, and the next one in line is the Shaolin. The Shaolin is a slightly tweaked version of the Killer Bee blend wrapped in a mix of Mexican San Andres, Connecticut, and Candela. The result is a bold but elegant cigar that has layers of complexity,” says James Brown, creator of BLTC/BLK WKS and partner at Fabrica Oveja Negra.

James Brown stated above that the barber pole look of the cigar is created by Mexican San Andres, Connecticut Shade, and Candela wrapper leaves. Under this mix are a Honduran Habano binder and Nicaraguan fillers. Killer Bee Shaolin will come in a single Belicoso size, measuring 46 x 140mm (5,5”), and is sold in 24-count boxes. The retail price is set at $13.50 per cigar.