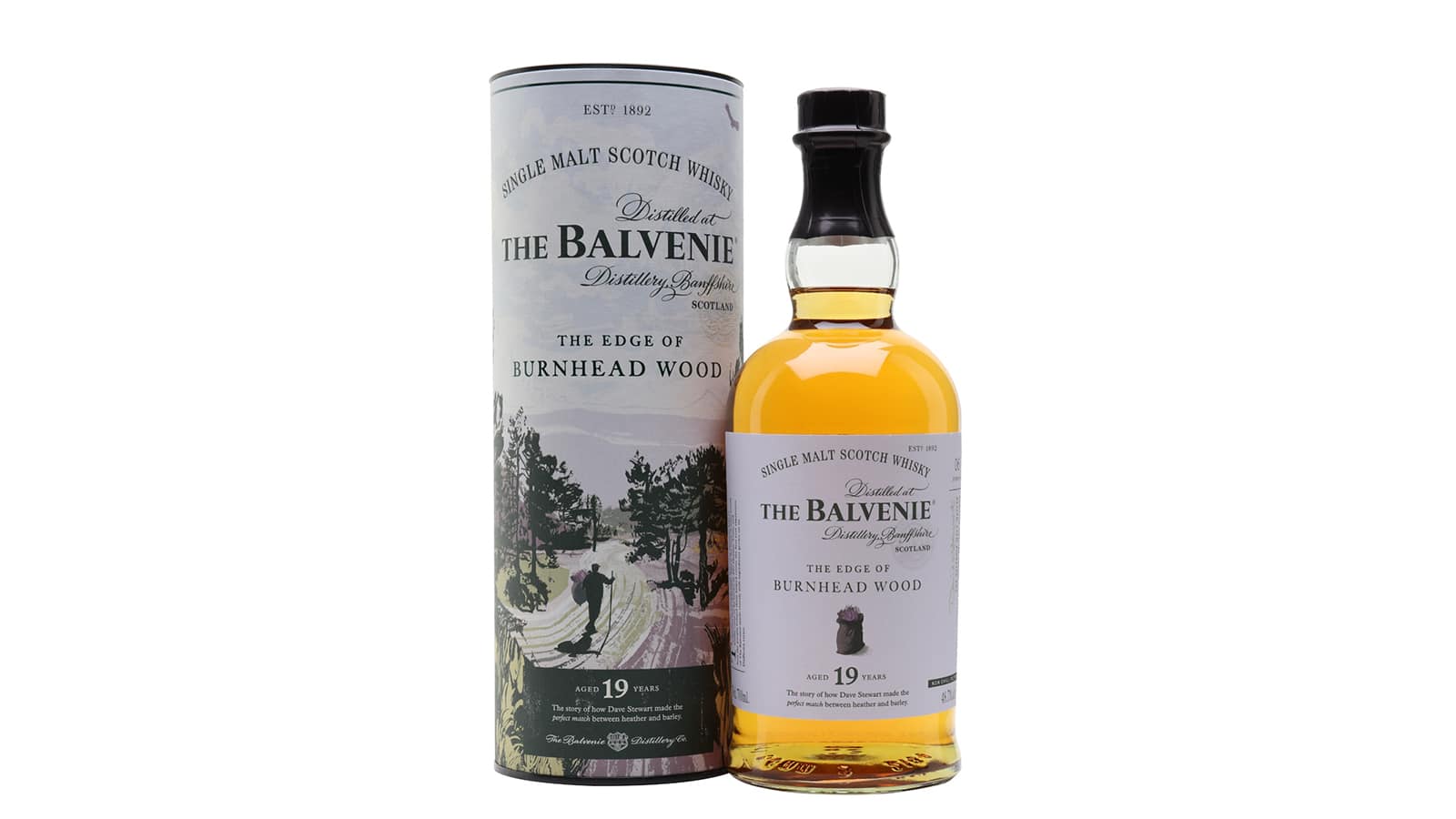 Balvenie Distillery has released the fourth release in their Stories collection, with a 19-year-old whisky called The Edge of Burnhead Wood. The other three previously released are The Sweet Toast of American Oak, A Week of Peat, and A Day of Dark Barley. The Edge of Burnhead Wood name refers to the location where young spring heather was sourced. This bottling is the first time for the brand to include ingredients exclusively grown on its Dufftown estate.  This estate-grown heather was dried, then used in the kiln to help dry the barley. Balvenie also used water from their natural springs for this bottling. A very home-grown whisky. “Stories are the lifeblood of The Balvenie Distillery and are deeply embedded in all the work that we do. The story behind The Edge of Burnhead Wood captures the majestic Speyside landscape and the inventive essence of The Balvenie’s loyal and determined craftspeople,” said The Balvenie Malt Master David Stewart MBE.

Whisky Drinkers can hear the story of The Edge of Burnhead Wood, and all the stories of the other bottles in this series, through Balvenie’s website at https://www.thebalvenie.com/balvenie-stories/. This podcast will also be available through a QR code tag on the bottle. Purchasers can scan using their smartphones and be taken right to the story of their bottle.