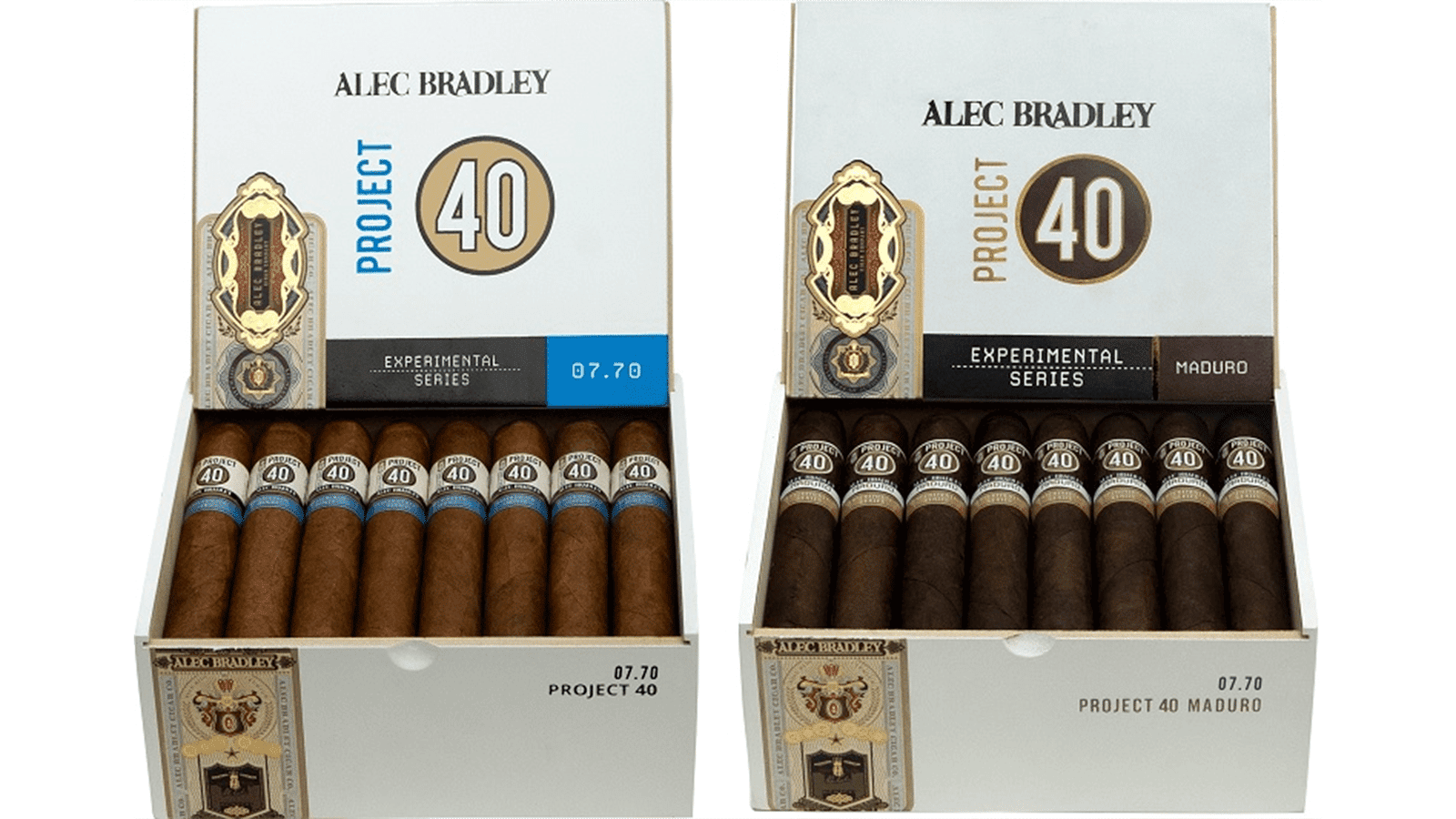 “We listened to the needs of our brand advocates and found it was the right time to add 7″ X 70 ring-gauge cigars to both lines,” said Alec Bradley Founder Alan Rubin. “When we first launched the Project 40 Experimental Series, I promised the right cigar, with the right blend, at the right price. That statement still stands for these new iterations.”

The secondary moniker: “Experimental Series,” is attributed to Mr. Rubin’s quest to blend under-utilized Brazilian tobacco in a meaningful way. He found that using it as the binder in the Project 40 blends was best for creating a unique and flavorful cigar experience. Both Project 40 and Project 40 Maduro 07.70 will retain the same blend as their predecessors: