The A. Flores Gran Reserva 1975 was originally released in 2013 with the Corojo 2006 lines and belongs to PDR Cigars, owned by Abraham “Abe” Flores. Since then, different wrapper variations were added to the line: Desflorado, Maduro, and Sun Grown. In 2018, the company decided to update the bands and packaging of the lines. The cigars were partially wrapped in a cedar sleeve in the past, which now has been updated to vellum paper. All the cigars are made at Abe’s own PDR factory in the Dominican Republic. The Half Corona comes in both a 50-count box and 5-count metal tins. 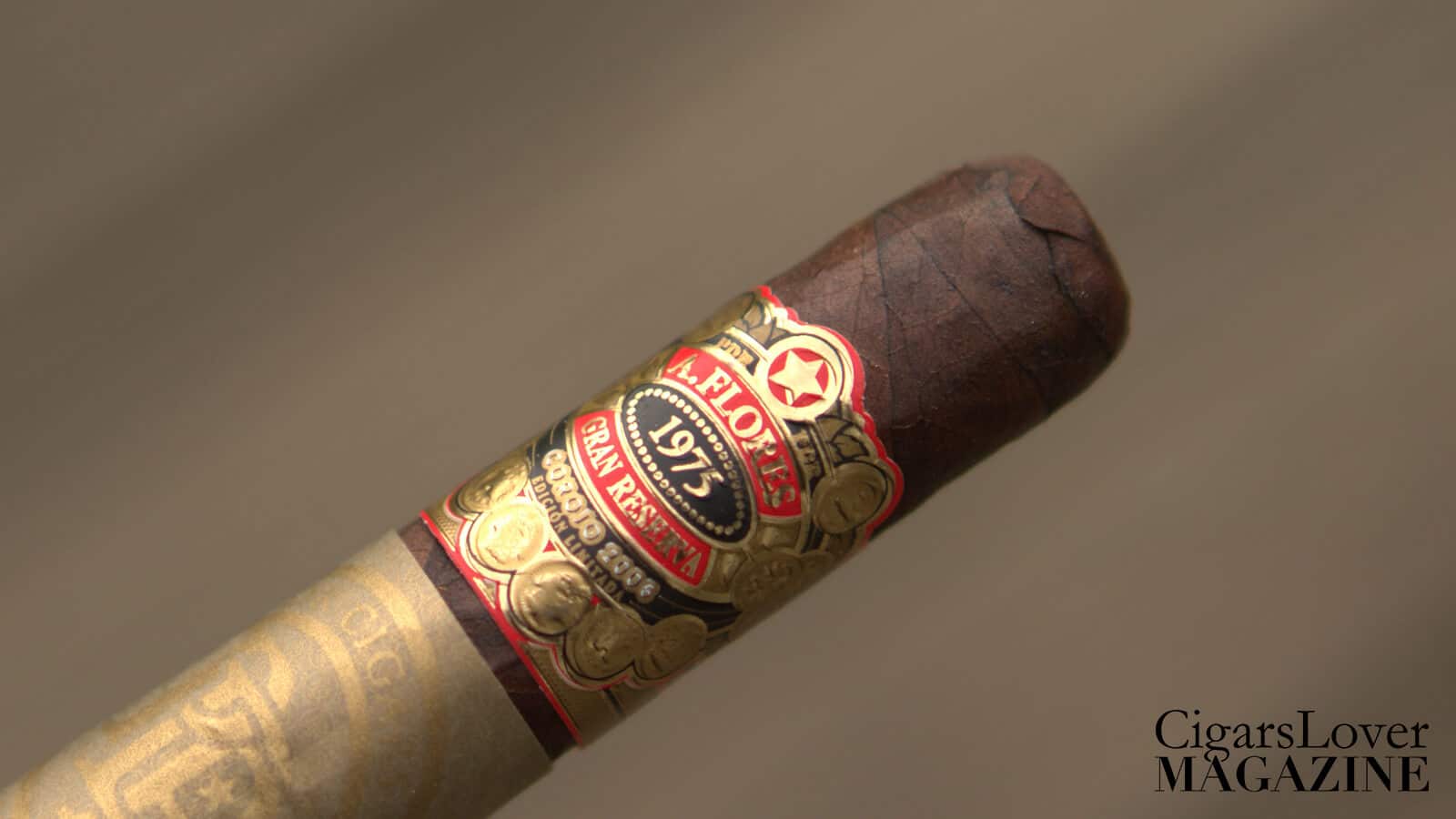 Once the vellum paper is removed, the cigar reveals an oily Colorado Maduro shaded wrapper that is quite smooth to the touch. The overall construction is good, with no soft spots present. The finish of the head (the cap) is a bit sloppy. 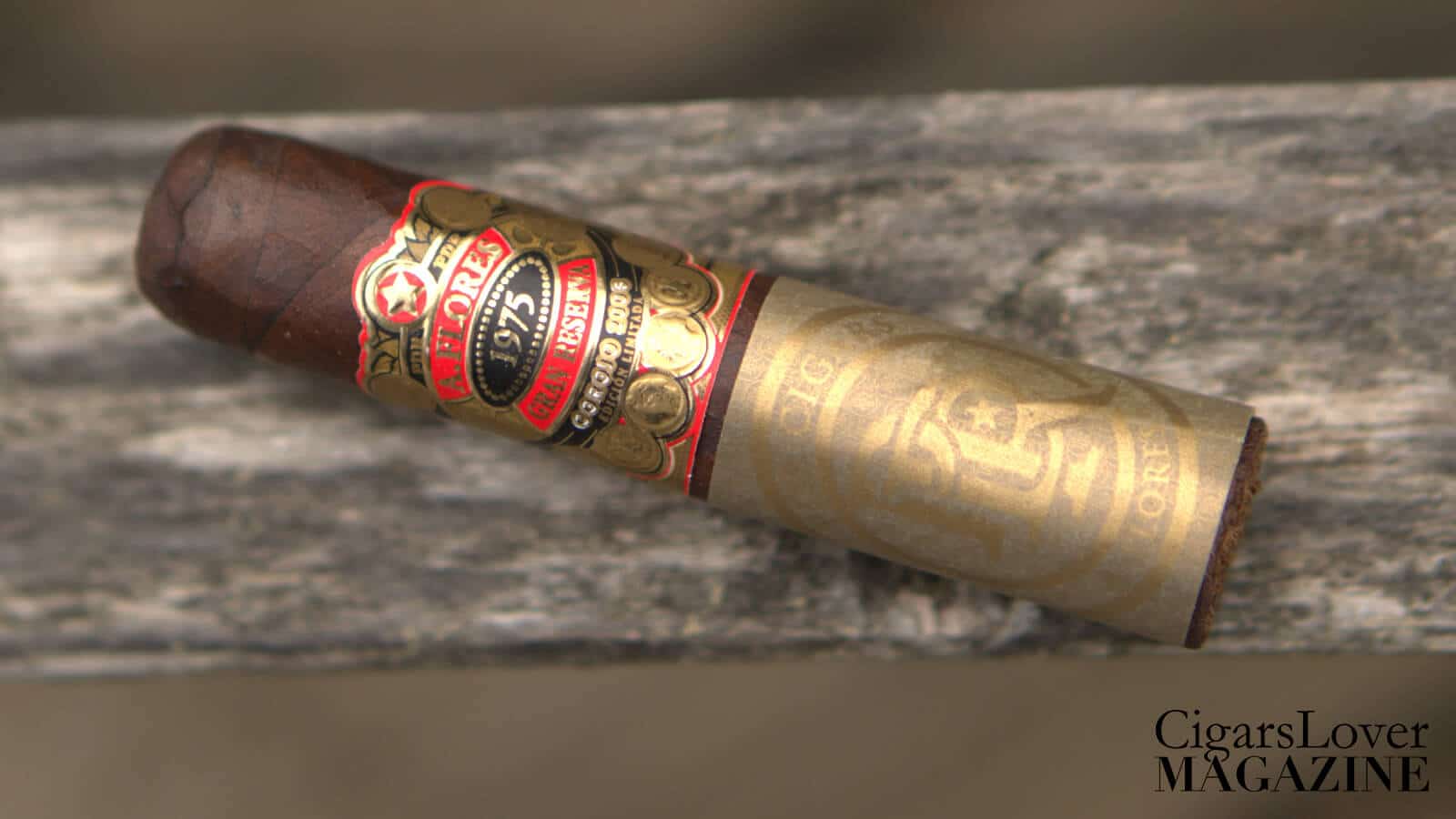 A. Flores Gran Reserva Corojo 2006 Half Corona: the cold draw reveals aromas of wood and spices. Once the foot is toasted, the cigar opens with pepper and cedarwood. 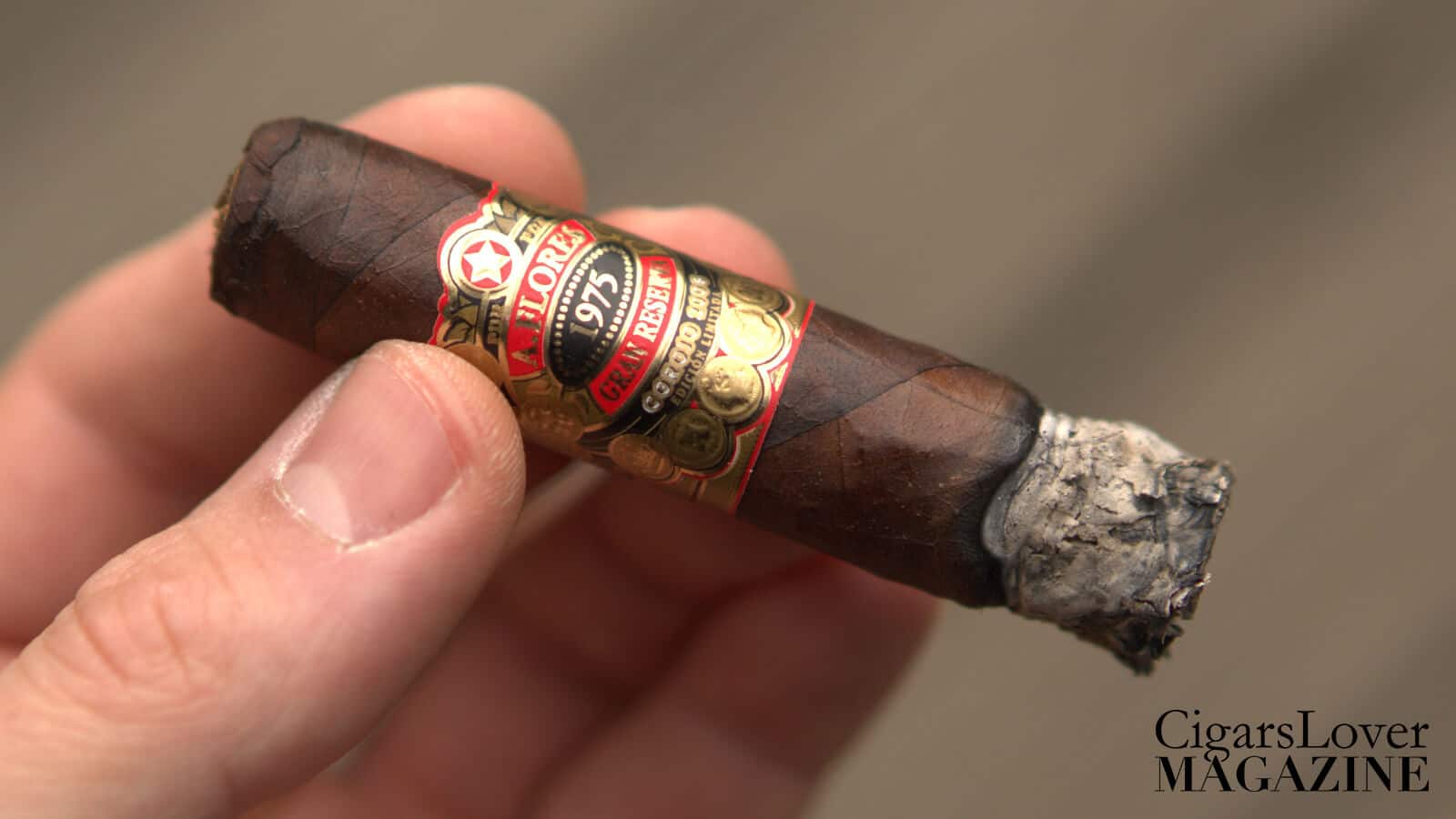 The first half has cedarwood and coffee beans set as the main flavors, followed by hazelnut and black pepper. Strength is medium-bodied from the get-go (3/5).

A pleasant bitter note appears in the second half of the smoke. The flavor profile has wood and roasted coffee beans as the main flavors that are now joined by earth and cinnamon. The strength remains medium-bodied throughout.

Overall, the A. Flores Gran Reserva Corojo 2006 Half Corona gets straight to the point. The flavors are well outlined, balanced, and complex enough to keep you engaged for the short amount of time it takes you to smoke the cigar. A recommended smoke for the cold days or those that don’t have much time to spare but still want to get a certain level of satisfaction.